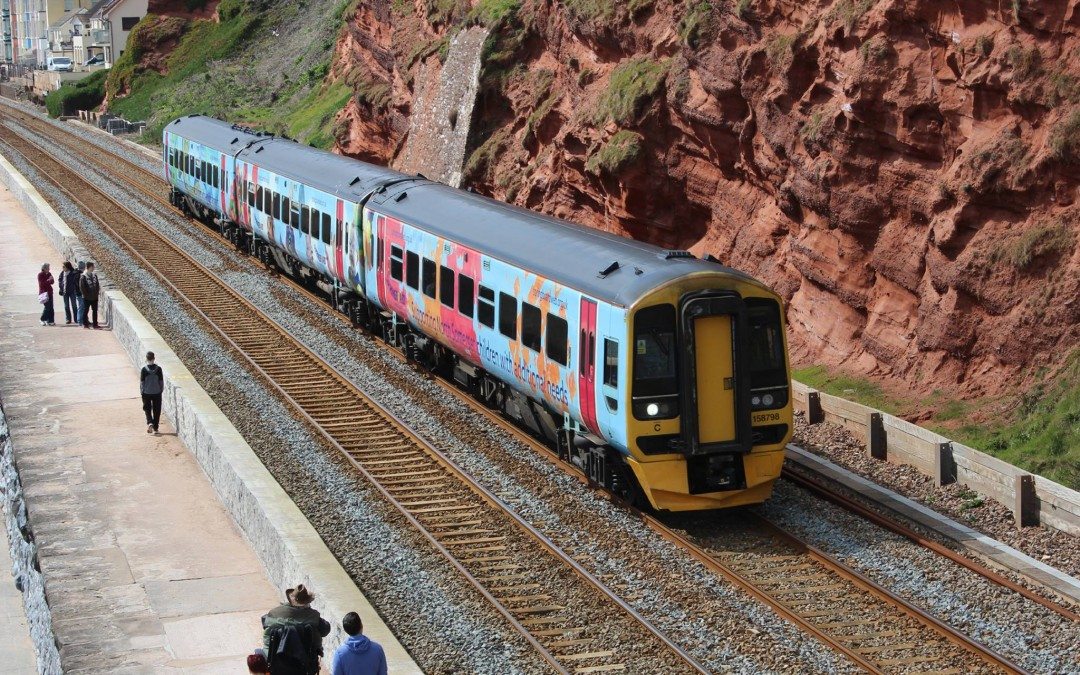 It’s been a fantastic day on the wall today! It’s been mainly glorious sunshine to remind us that summer is on the way and just a few scattered clouds . April starts in a few hours and i’m wondering what happened to the first 3 months of the year?

So Now for todays visitors!

First visitor was the citizen liveried class 150 working to par,

Next up is 950001 working back from Penzance to Exeter.

Next spot was the unusual Somerset Kids liveried 158 working from Cardiff to Paignton and spotted by Andrew and Eric.

Now some from Colin!

Today’s most colourful train must be the GWR 3 car DMU 158798 on the Cardiff -Paignton-Cardiff service seen here on its return journey at the Rockstone Bridge. It is advertising the registered charity Springboard Opportunity group which supports North Somerset children with additional needs. The DMU previously had been in the same light blue colour but then advertising Gunwharf Quays at Portsmouth.

Next visitor was the little tamper from Swindon Cocklebury to Tavistock Junction.

Another colourful loco 66849 named Wylam Dilly seen here rounding the curve and onto the sea wall proper at Langstone Rock. The unusual name was originally on what is thought to be the 2nd oldest surviving loco in the world and was built in circa 1815. The oldest surviving being Puffing Billy. It was made for working in the Wylam Colliery in County Durham.

Now a little fun. We have Angie interrupting her visit to the Marine tavern, stood on the bench to take the following shots.

And finally we have the red DB 66 on the clay run.

Now called DB Cargo rather than DB Schenker for this side of the business empire, 66101 in what is the company’s standard red locomotive livery is in charge of the first half of the weekly clay train.