Today’s action with the class 68 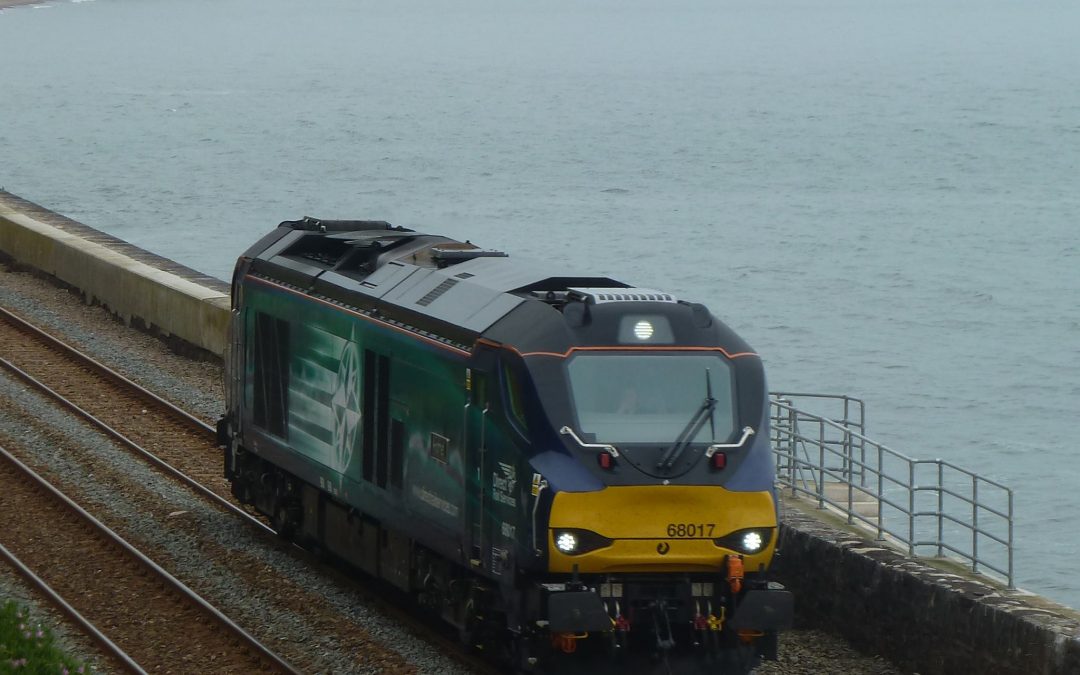 Today’s activity was has really been dominated by the first visit of a class 68 to the region. DRS 68017 “Hornet” was the history maker as it traveled from Exeter St Davids to Penzance and back again.

Our cover shot has been sent in by Viv Bilton and gives us a different angle to view from.

Next up is a screen shot from Eric.

Here is the video of the first pass of a 68 along the wall. The flashing lights are due to the LED lights having a different refresh rate to the camera. Much the same as when you see a computer screen flashing away on the TV.

Next up we have the Blenheim view.

Followed by this contribution from Jacob Tyne. “Looking quite at home the First time the DRS compass has come west on a Class 68 saw 68017 ‘Hornet’ becoming the first of its class on the Seawall working a Route learning diagram through to Penzance.”

The return Caught many out as it was an hour earlier than the published time.

Next we move up to Dawlish Warren where Colin had made it on time.

And finally we have Colin’s video as 68017 passes through Dawlish Warren.