Seawall Specials – Past and Present with Colin (Part 18) 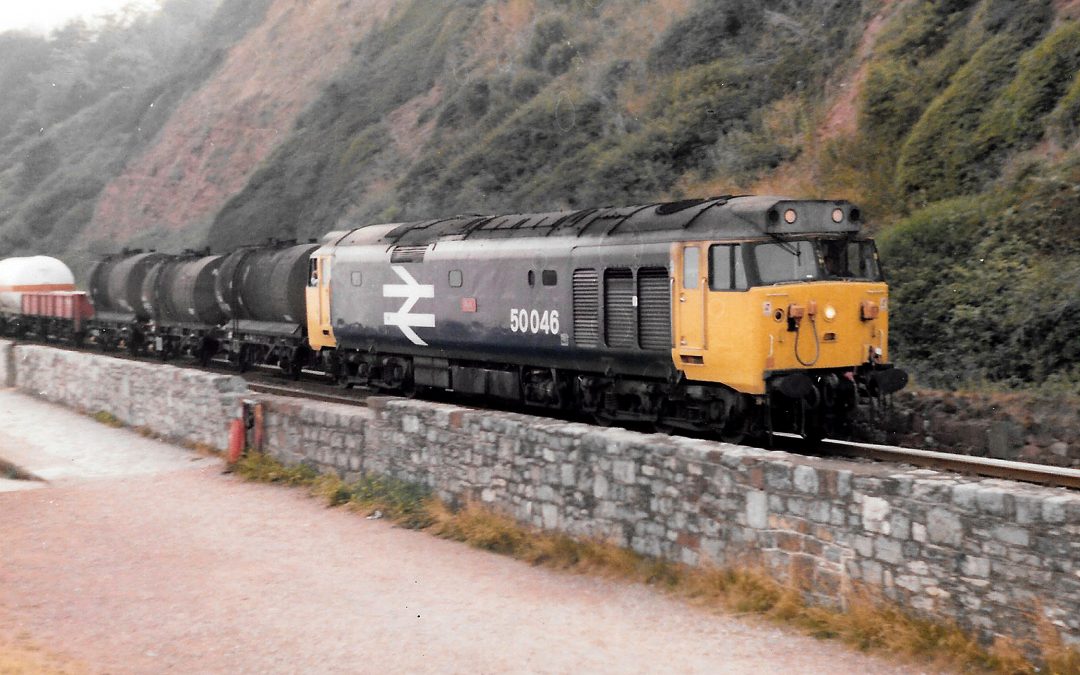 The spotlight this week falls on the English Electric Class 50.

There were 50 locomotives built at the Vulcan Works at Newton Le Willows in Lancashire in 1967/8 for use on the northern section of the West coast Main Line from Crewe to Glasgow which had at that time yet to be electrified.

They were much more powerful at 2700hp than the Class 40’s and 45’s that had preceded them. EE had provided a test engine in 1962 with the same bodyshape shell as the very successful Deltics on the East Coast main line, the DP2, which had proved to be a very competent locomotive itself. Unfortunately it was damaged beyond economical repair in an accident in 1967 though parts were re-used on the class 50 production line. English Electric wanted to keep the same bodyshell for use in the production of the class but the British Railways Board insisted that the flat fronted cab with headboard was used. A stipulation was that it was to be capable of running at 100mph. The original numbering was from D400-D449 until the TOPS system came in in 1973 when they became 50001-50050 with D400 taking the last number 50050. They originally worked singly but eventually in pairs which gave them the ability to keep to greatly accelerated timetables. When the electrification to Glasgow was completed in 1974 the entire class were transferred to the Western region, much to the dismay of the Class 52 Western hydraulic fans as