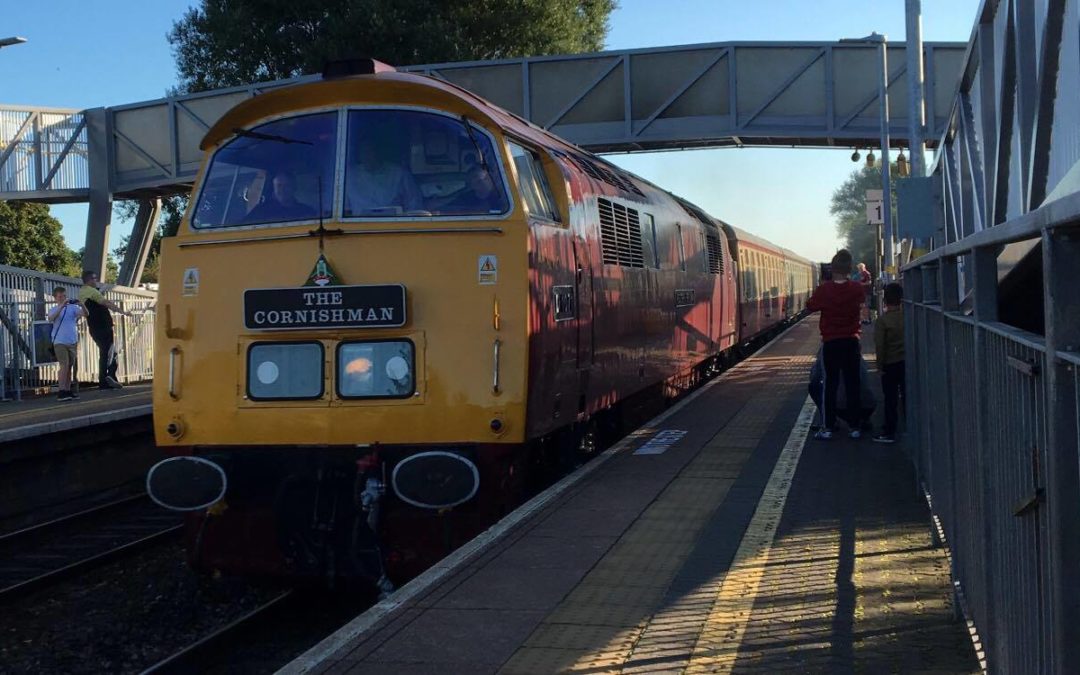 Not that i can really add much to Colin’s post from this morning but here are the photos and videos sent in to Dawlish Beach today of the Cornishman Express with Western Champion.

The header shot was from Sam who as normal was busy with his camera. This shot from Worle on the way down to us and his video can be seen at the start of the DB video later in the post. 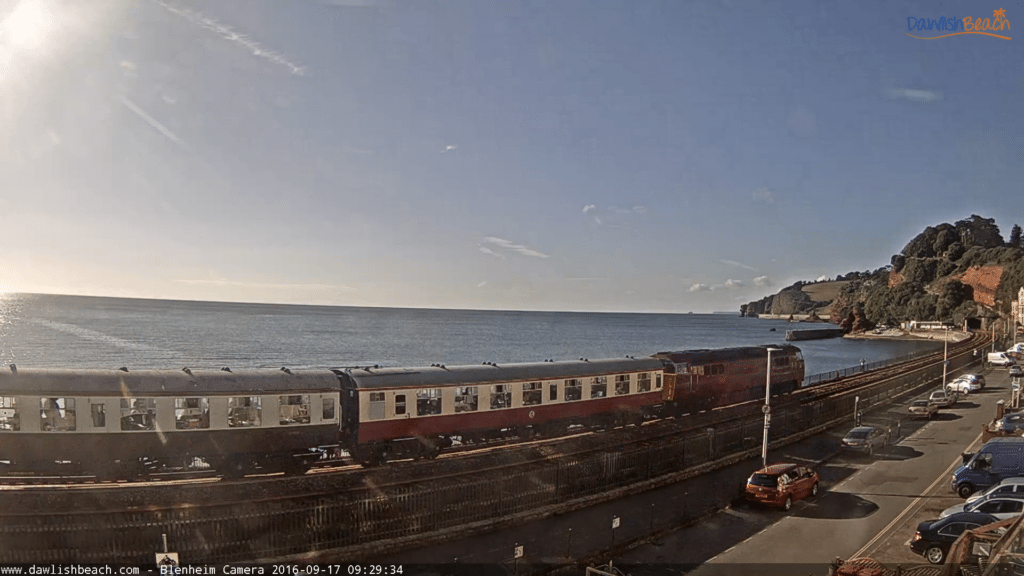 The view from the cameras was a little affected by the fantastic sunshine so i’m not going to complain.

The video from Sam at Worle, Matthew with the return at Newton Abbot and our Dawlish Beach cameras from both passes.

Tim was at Plymouth to catch this shot along with a lot of enthusiasts who had turned out. 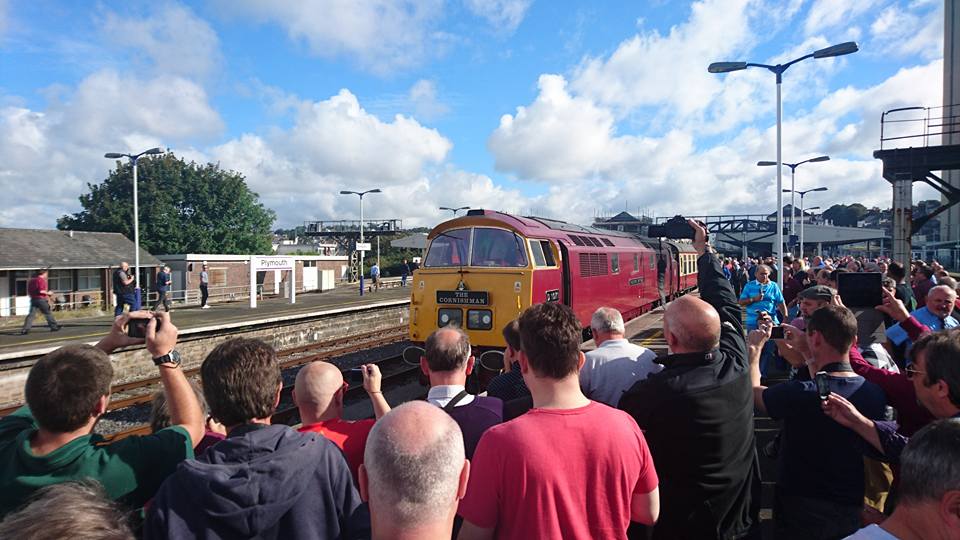 Nick Campbell was on hand at Teignmouth station to record the return of the Western with the Cornishman Penzance to Tame Bridge Parkway working.

Lastly but never least we have Rogers video from today taken at Newton Abbot on the way down to Penzance.