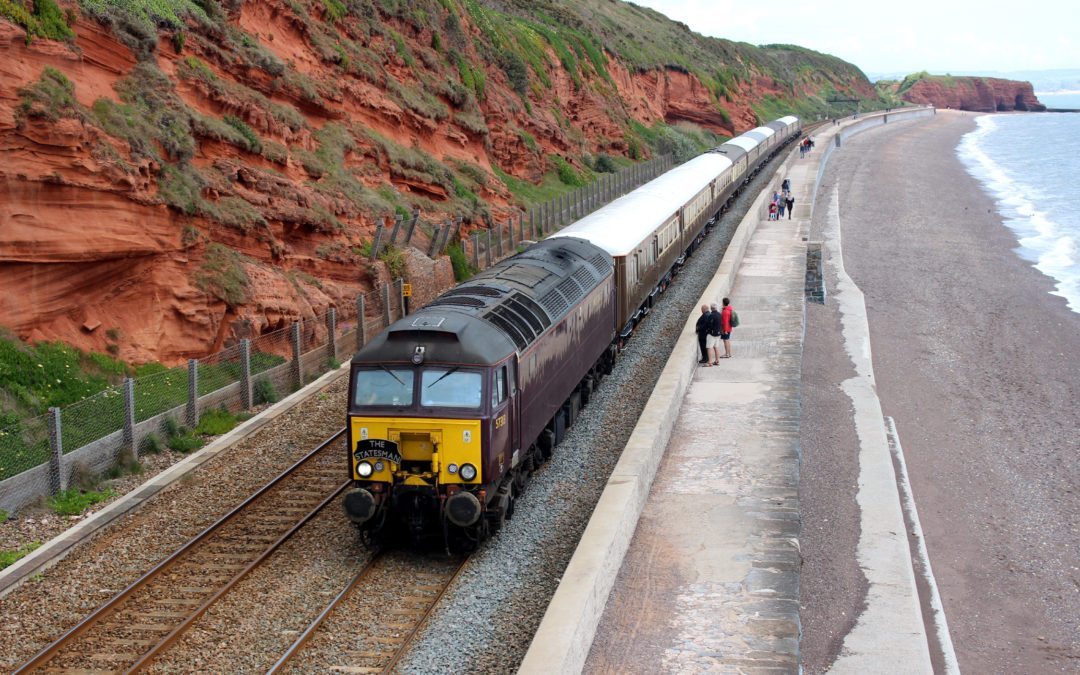 Saturday 13th May brought two Excursion trains to the Dawlish sea wall as they made their way to Paignton. First to pass had started from Letchworth in Hertfordshire, now officially known as Letchworth Garden City and was nearing the end of its almost 6 hour journey. At least the weather wasn’t too bad for the 5 hour visit. It must have been a popular trip as there were 13 coaches on this train. 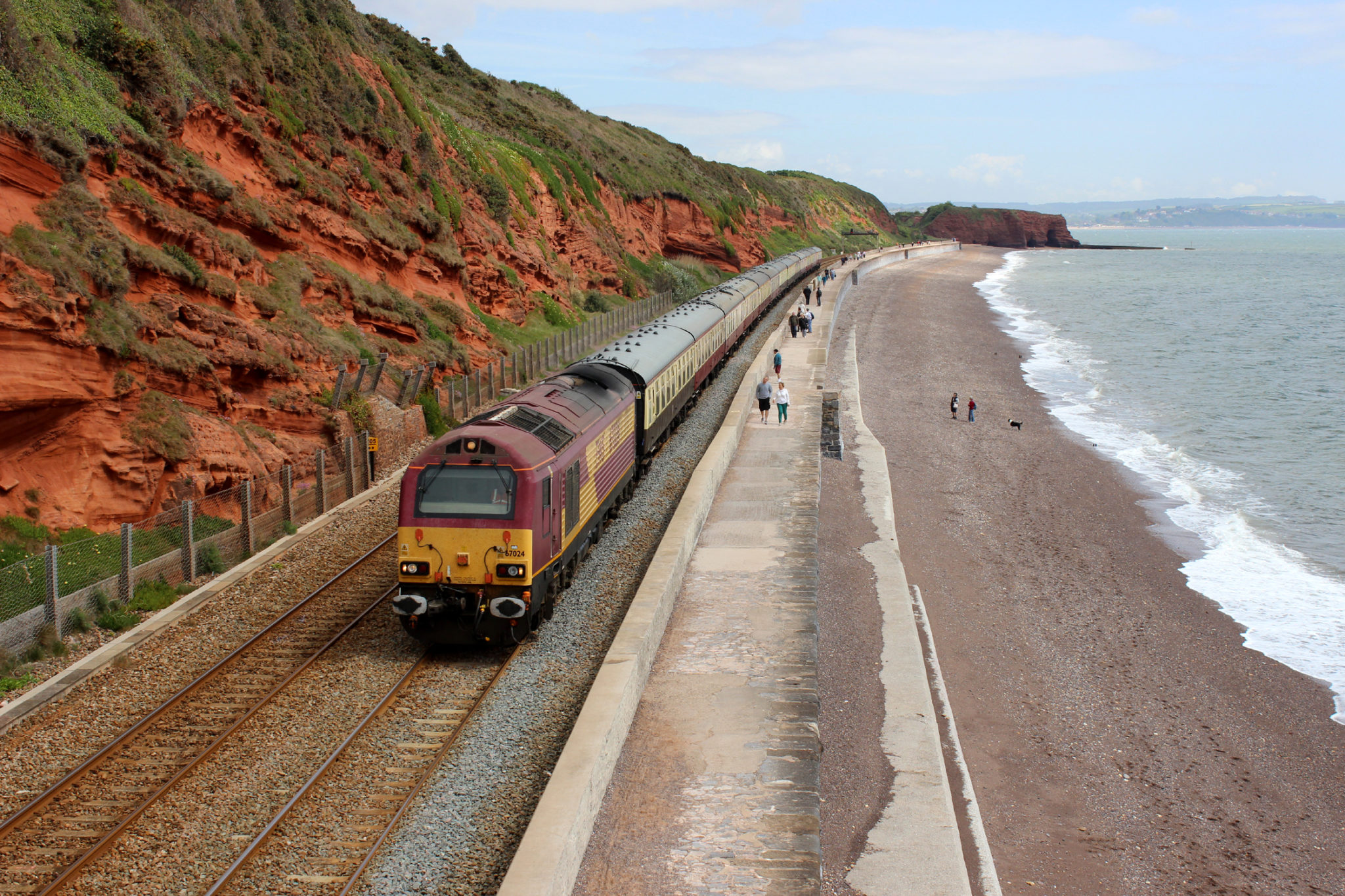 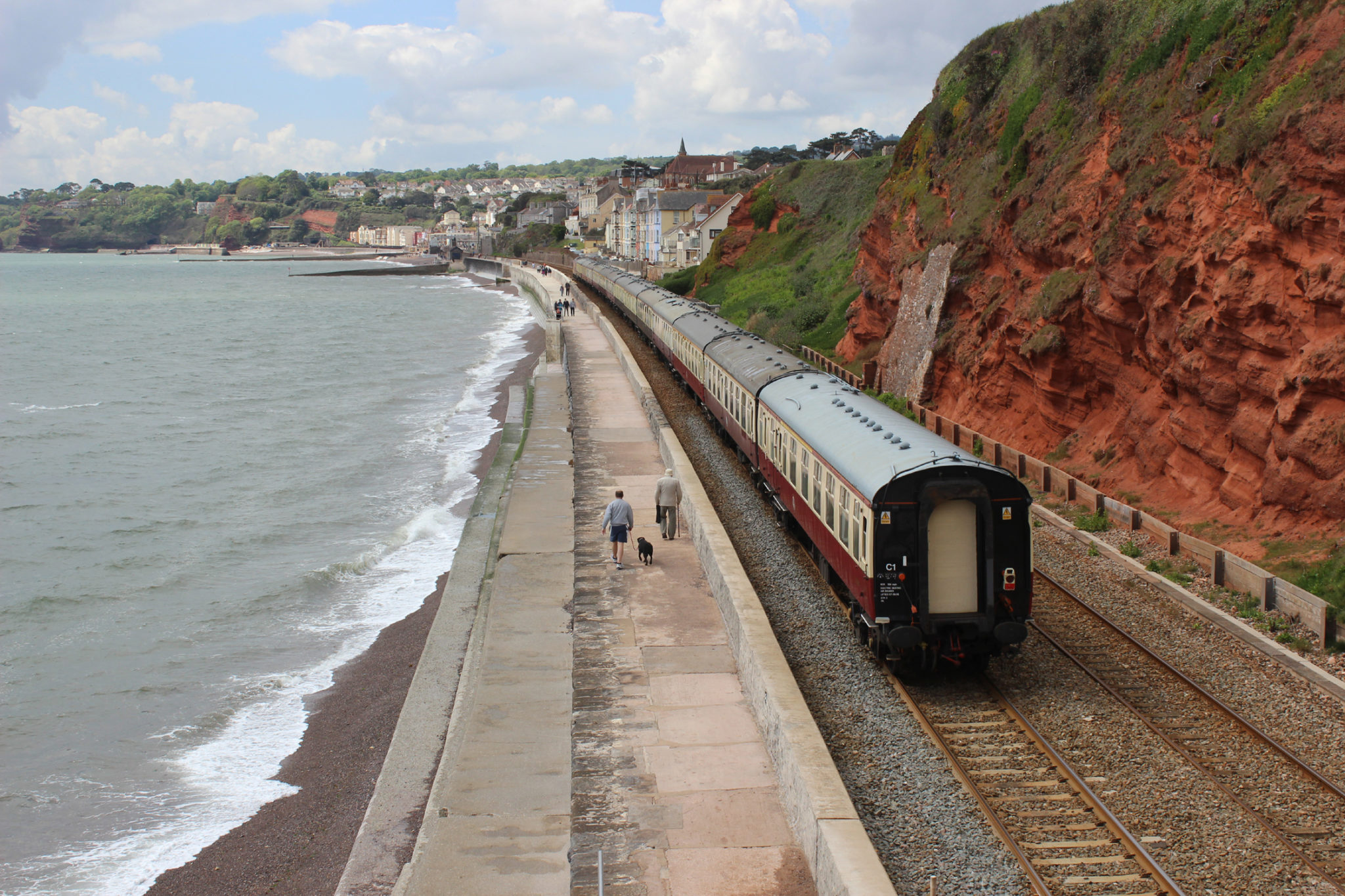 The second train emanating from Crewe was top and tailed by two West Coast Rail Class 57’3 numbers 57313 & 57316. Tell tale signs that these were once Virgin Thunderbird locomotives are by the recesses in the front panels where a Dellner coupling had been fitted. This enabled them to connect and tow Voyagers and Pendolino trains on the West coast main line from London Euston to the North in breakdown emergencies. These passengers had the joy of 7 hours travelling each way for 4 hours in Paignton. Luckily they were travelling in Statesman Pullman Carriages! 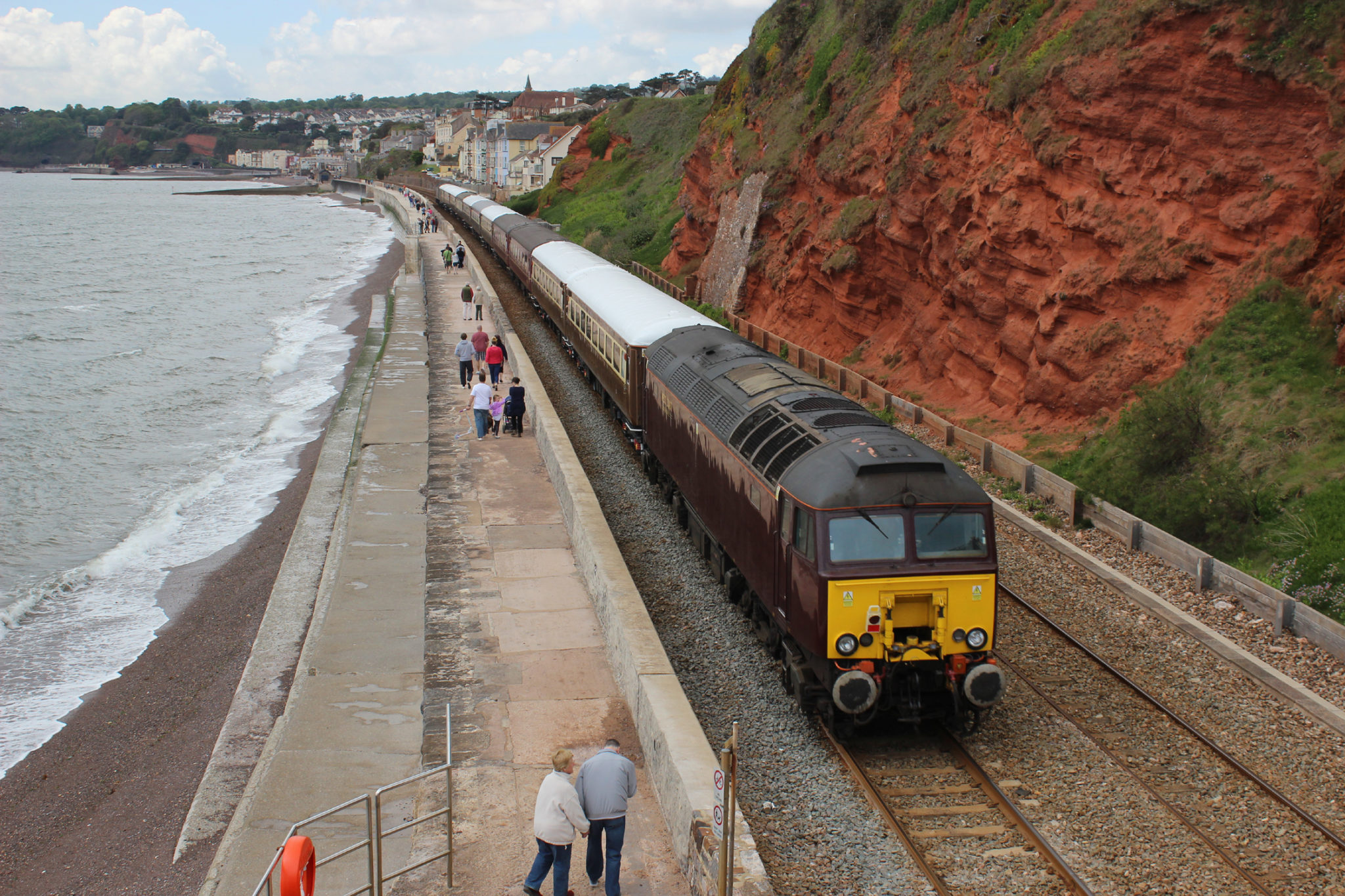 Nick Campbell was on hand in the morning at Teignmouth to video the specials coming to the end of the sea wall and then at Teignmouth station for their return at tea time.


The next special is expected on May 29th when this time it iwill be steam hauled by no less than 60163 Tornado on it’s way to Penzance. The return of the train is to be diesel hauled by a Class 59 as Tornado is due to appear on the Bodmin & Wenford preserved railway line for a four day visit.