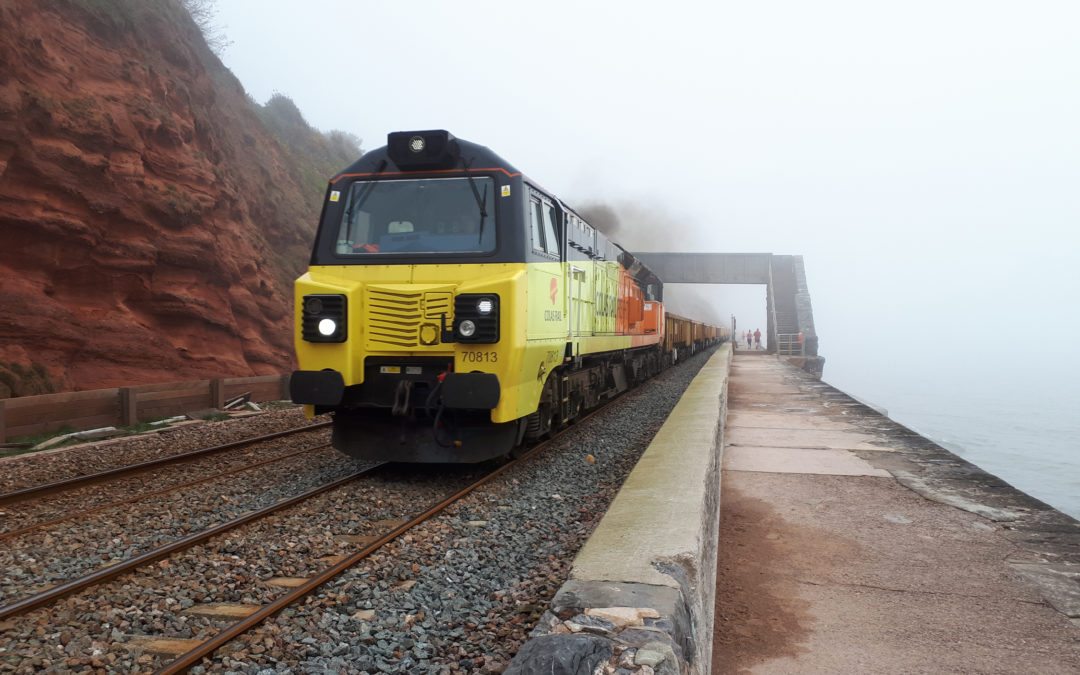 Thursday 19th April was the first of two days that the new Hitachi 802001 and 802002 were linked together to do some test runs from the Stoke Gifford depot to Penzance and back. These are the new trains that will replace the 40 year old HST’s in the GWR fleet. We will be seeing them in regular service from July on the Paddington -Penzance services. Seen below on the Dawlish sea wall with a shot of Dave, a regular photographer on the wall in action! On Saturday evening Freightliner 66536 came down from Hinksey sidings at Oxford with ballast and flat wagons en route for Plymouth. Nick did the honours with a video of both the down run and the return today at Teignmouth station over 4 hours earlier than planned.   Note, the temporary footbridge has now been removed. This morning brought Colas 70813  with a consist of nine loaded Falcon ballast wagons. A blanket of sea mist didn’t help the photography but Nick’s picture shows the train about to enter Teignmouth. Here is a compilation of mine and Nick’s videos of the above events.