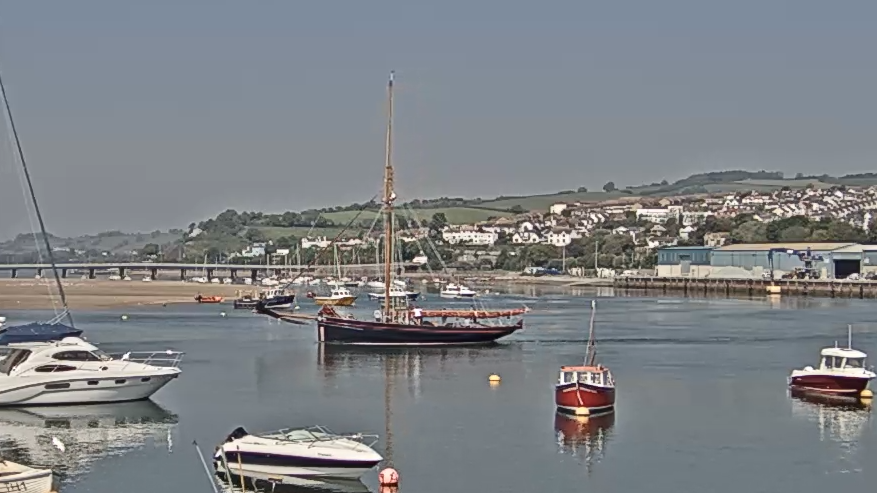 It’s always great to bring you a little history and this visitor certainly qualifies. 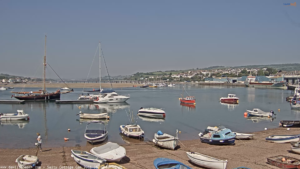 Designed by Alexandre Paris and built in 1913 by the Albert Paumelle yard in Le Harve the Jolie Brise (Jolly Breeze) was a gaff-rigged pilot cutter. Somewhat different to the Syd Hook that currently performs the role for Teignmouth! After a short career she was altered and made in to a fishing boat. This was due to steam power taking over from sail.

Ten years later she was again refitted and in 1925 took part in and won the first Fastnet race against six other competitors. In all she won the Fastnet race three times, 1925, 1929 and 1930. 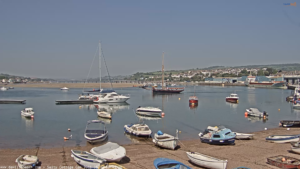 in 1927 she had more alterations to add an engine and additional cabin. The work was carried out by the Morgan Giles yard in Teignmouth.

She has had a number of owners through the years and competed in several high profile races before eventually being purchased in 1977 by the Dauntsey’s School to serve as their sailing club flagship. the Dauntsey’s pupils have sailed her across the Atlantic 6 times, the Bay of Biscay 10 times and have navigated her 200 miles in to the Arctic Circle.

She was the last boat to carry the Royal Mail under sail and has also been the overall winner of the Tall Ships Race 4 times. I think that qualifies her for a special post on our pages.