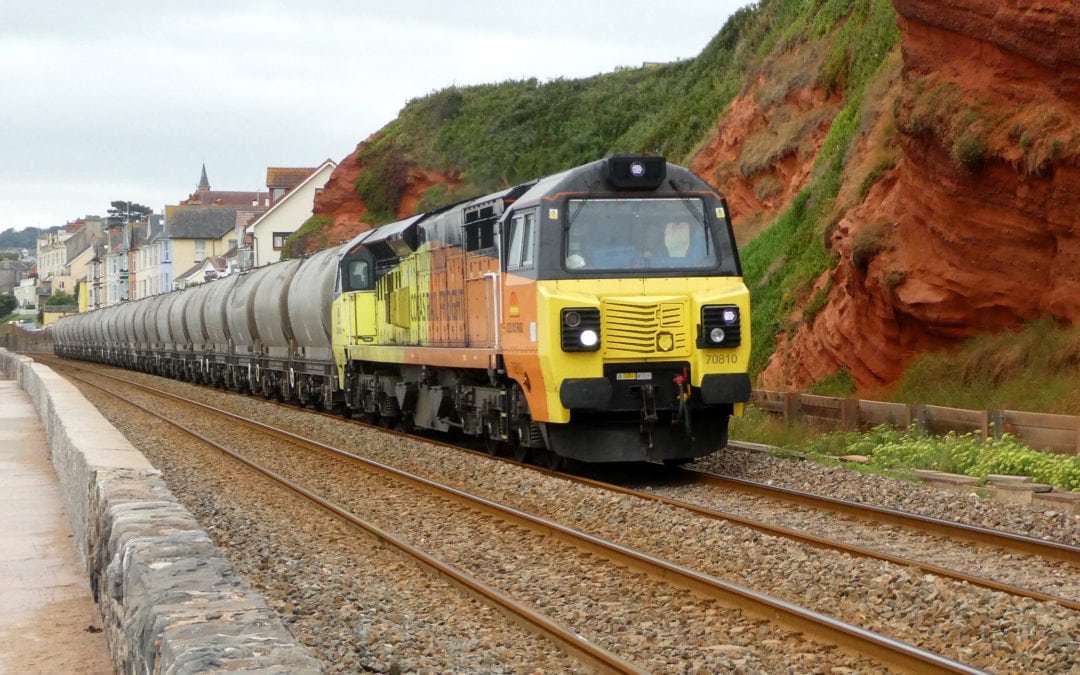 Colas 70810 powered the returning 23 PCA empty cement powder tanks this week from Moorswater near Liskeard and is on it’s way to the Tarmac works at Aberthaw in South Wales. The clay train this week had 9 full tanks for the first part of it’s load and was a very unusual 70 minutes early. We may see the second part later tonight as the light engine was returning a little over 2 hours early to bring the second half of the load from St Blazey and will eventually end up at Bescot in the West midlands sometime tomorrow. The load is split as the 2000 tonne weight of the complete train would be above the allowance for a single locomotive over the Dartmoor inclines. The third and fourth parts of the video below are taken as usual by Nick at Teignmouth station. The ballast cleaning train of incredible length has been  in operation overnight between Newton Abbot and Teignmouth for three nights last week and is doing the last of four nights this week tonight. It is programmed in to do another three nights next week. The locomotives on Monday and Wednesday nights were Freightliner 66517 and 66593 top and tailing this approx one mile long consist. Will the sharp eyed of you spot the difference between the two video clips?

It was nice to see a mother and son enjoying the railway scene whilst on holiday here from the West Midlands As you may have noticed on the video the son was trying his hardest to get the cement train driver to toot his horn but to no avail. The blistering sun in the afternoon makes photography very difficult for recording trains on the Up line but the picture below shows DB Cargo 66161 hauling the china clay train en route to Exeter Riverside yard.