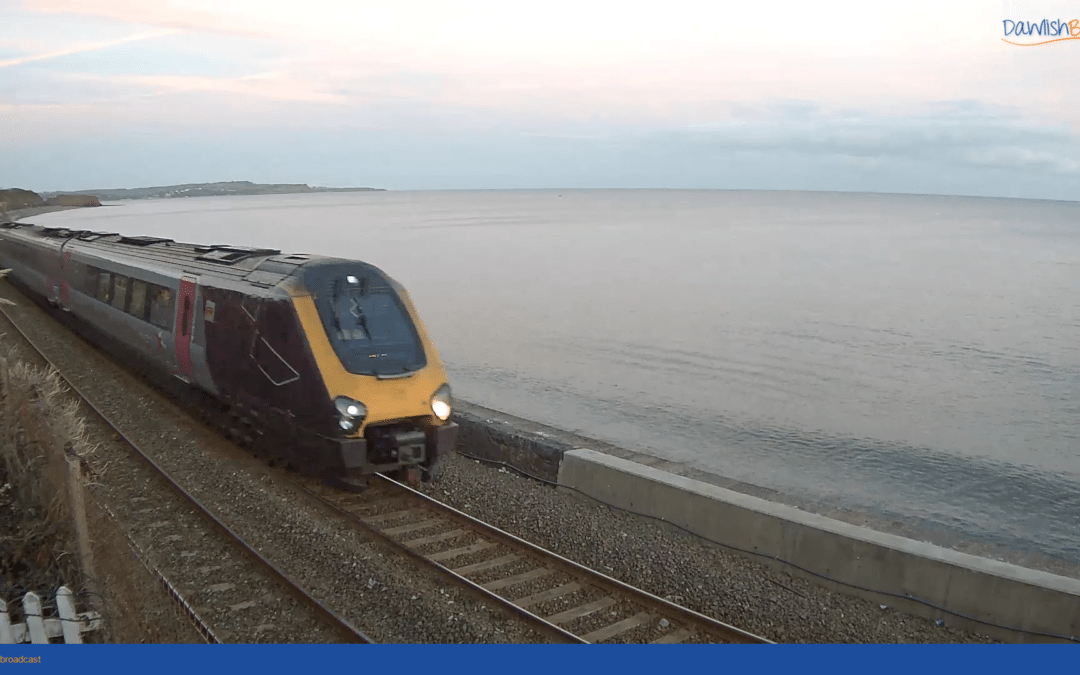 So here is a question for you, Are the Cross Country class 220/221 Voyager trains acceptable for our region? I use the term region because although the Voyager has an issue with sea conditions at Dawlish, the resulting cancellations will affect your journey if you are booked on a main line service between Exeter and Newton Abbot. Would you choose to use this service if you knew you were getting on board at Plymouth? You have just found your seat and got comfortable, to then find out within half an hour you are getting off, trekking to another platform, finding another train, repeating the process until Exeter where the procedure begins again for your journey to Birmingham? What a faff!

Dawlish Beach has been publicly calling for the now stored HST sets to replace the inappropriate Voyager trains on CrossCountry services through Dawlish.  If you agree with us then please type “agree” and share this post. If we can get the numbers then this achievable solution has a great chance of succeeding!

So just what is the problem and why has nothing been done since the introduction of this modern train? Introduced along the wall by Virgin in 2002 the class 220/221 bombardier voyagers have always suffered from this issue. Sadly for Cross Country, they have inherited the problem along with the franchise for our area. I do have a little sympathy but it doesn’t really extend to forgiveness in tainting Dawlish as a problem area for the railway.

I have been chatting to CrossCountry and here is an insight to the cause of cancellations and what their solution is;

So we now know the problem what about the fix?

So presently no commitment to providing a through service with HST’s.

The current franchise has been extended and expires at the end of October 2019. In September 2018 the DfT cancelled the intended competitive tendering process for a new franchise while they undertake a review of Britain’s railway structure, which should conclude in 2020. Discussions are ongoing between DfT and CrossCountry on how to manage the franchise until a new competition can be started.

A spokesperson for CrossCountry said: “We understand the importance of direct rail connections to and from Devon and Cornwall with the Midlands and North, and are committed to providing the best service possible for our customers.

“Unfortunately, just like driving a car through a flooded road, if a Voyager train is struck by a large wave on the sea wall it can short circuit the electrical systems and cause the train to fail. Because of this, when the weather conditions present such a risk then our agreed processes mean we must terminate trains at Exeter or Newton Abbot and customers can continue their journeys using other train services. This approach protects other local and long distance trains using the railway through Devon from extended delays or cancellation.

“Although the number of CrossCountry services affected by such incidents is small, we remain committed to working with Network Rail and our other industry partners to explore possible solutions.” Voyagers passing our Blenheim camera in their preferred sunny conditions.

The issue has been raised in the Houses of Parliament by Plymouth Sutton & Devonport MP Luke Pollard. Mr Pollard has been one of the most supportive MP’s along with Torbay MP Kevin Foster when discussing this problem. Mr Pollard asked a question to the Railway Minister on the 10th of January specifically about releasing HST’s to replace Voyagers.

Mr Pollard has spoken to us about his desire to see this ready made short term solution implemented until new rolling stock, with increased capacity, can be secured within a new franchise. This doesn’t just benefit Dawlish. There is a knock on effect for securing extra jobs at Laira with maintenance contracts. It would also give additional capacity for CrossCountry to use within the midlands core routes. It’s a no-brainer solution until a permanent solution can be delivered. With decisions about the line resilience still not forthcoming we need to ensure the South West is kept in touch with this vital link. Although the current sets will require modifications, it is still a cost effective and sensible approach to providing CrossCountry service resilience.

Teignbridge MP Anne-Marie Morris has been contacted for her views and comments but as yet we have had no response.

The Peninsula Rail Task Force is also calling for assurances on resilience of Voyager rolling stock to sea spray and new train fleet to address capacity issues on the CrossCountry network. Cllr Andrea Davis, chairman of PRTF and Devon County Councillor said “We continue to lobby the Government and industry for suitable rolling stock to serve the customers in the South West. The customer experience and ability to reach their destination should be of paramount importance while considering new rolling stock and the interim period”.

As far as Dawlish Beach is concerned? As soon as we publish a picture of a wave we are inundated with questions about service and wall conditions. Mainly driven by poor reporting of “Trains Cancelled” we are adamant that the message needs to be put firmly out there. There is a big difference between all trains cancelled and a few CrossCountry Voyagers cancelled. We want the Voyagers removed so that 100% of services are capable of working along this route whatever the weather. The misleading headlines suggest that we have closures every few weeks which just isn’t true. This then gives the general public a reluctance to travel by train and the business community a belief that trading with the South West can not be relied upon as far as a transport link is concerned. Both Network Rail and GWR provide us with a working railway in all but the most extreme conditions and in 2019 we should be demanding that CrossCountry do the same.

If you agree with our view then please share this article and comment “Agree”. The more we get the more we can do together in sorting out this one aspect of rail travel in South Devon.