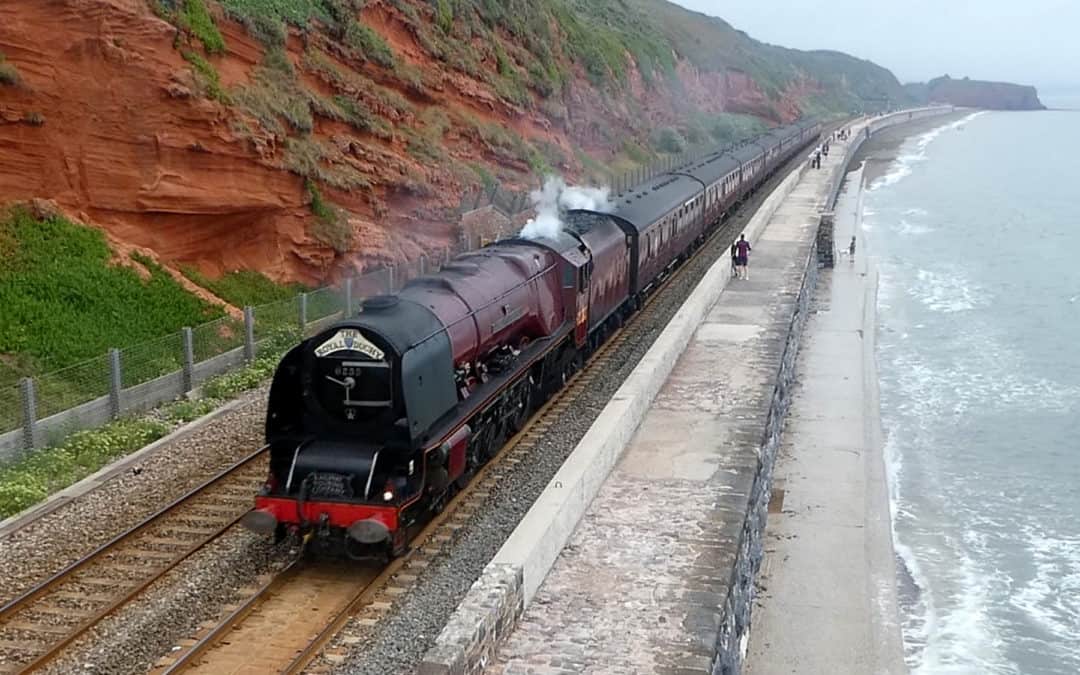 The high-spot of the weekend was of course LMS  6233 “Duchess of Sutherland” on the Royal Duchy which apparently set a new record for the fastest run between Exeter St Davids and Plymouth in preservation times of 59 minutes and 26 seconds. There are two more Royal Duchy Expresses this year which may well have the Duchess trying to better that time, though being limited to the 75mph max speed allowed it won’t be easy. The diesel which took the tour on to Par from Plymouth was WCR 47245 which briefly appears on the video making its way to Plymouth in readiness. There was a Freightliner engineering train on Saturday night from Westbury to Lostwithiel consisting of side tipping MRA wagons top and tailed by 66571 and 66614. The latter is named  “1916 Poppy 2016” with a sub plate beneath the name  “In memory of 15 brave lads from Buxton Lime Firms who gave their lives at the Battle of the Somme”. Nick recorded it on Sunday morning as it returned. On Sunday evening there was a rail drop from Westbury to Dawlish via Newton Abbot powered by Colas 70810 which Nick recorded as it passed through Teignmouth station after dark on the down line. Apologies for the quality of the photos below which were extracted from a video.