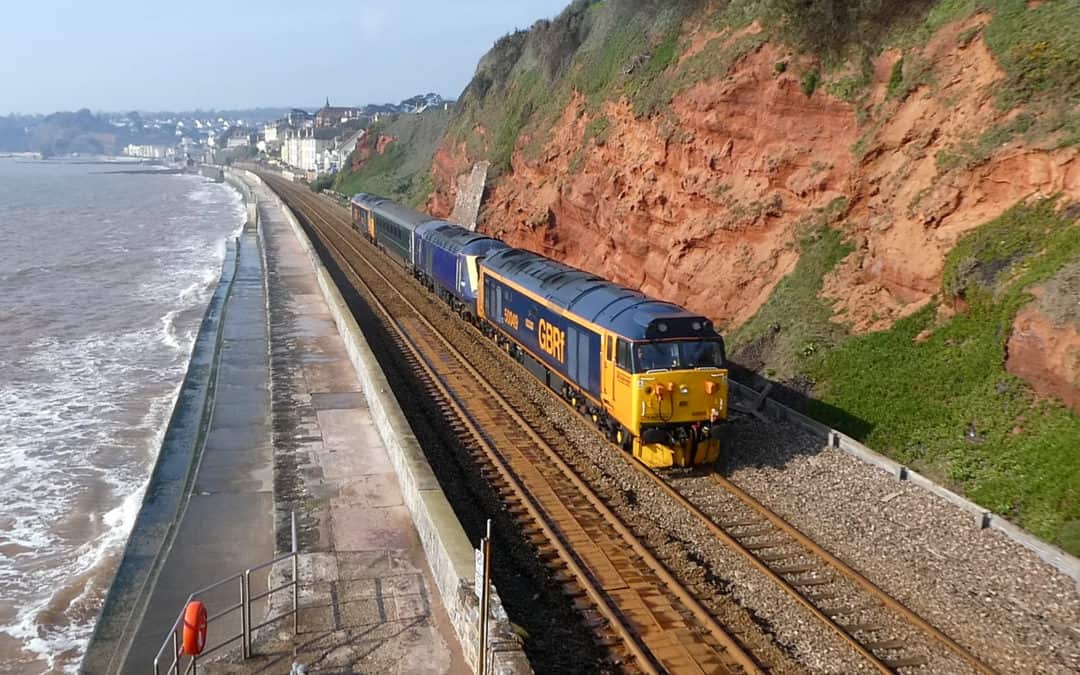 Nice to see two excellent locomotives in pristine colourful livery doing another stock movement of  Class 43 power car 43091 from storage at Long Marston near Stratford on Avon and returning with  Power car 43086 using Mk3 HST coach 12161 as a barrier car. Locomotives were GBRf 50049 Defiance and 50007 Hercules which still carries number and name of 50014 Warspite on the opposite side. The video ends with three infrastructure  engineering trains that were seen passing through Teignmouth last weekend. Thanks to Nick Campbell for his five film clips taken at Teignmouth, three in the station and two at the end of Teignmouth sea wall.