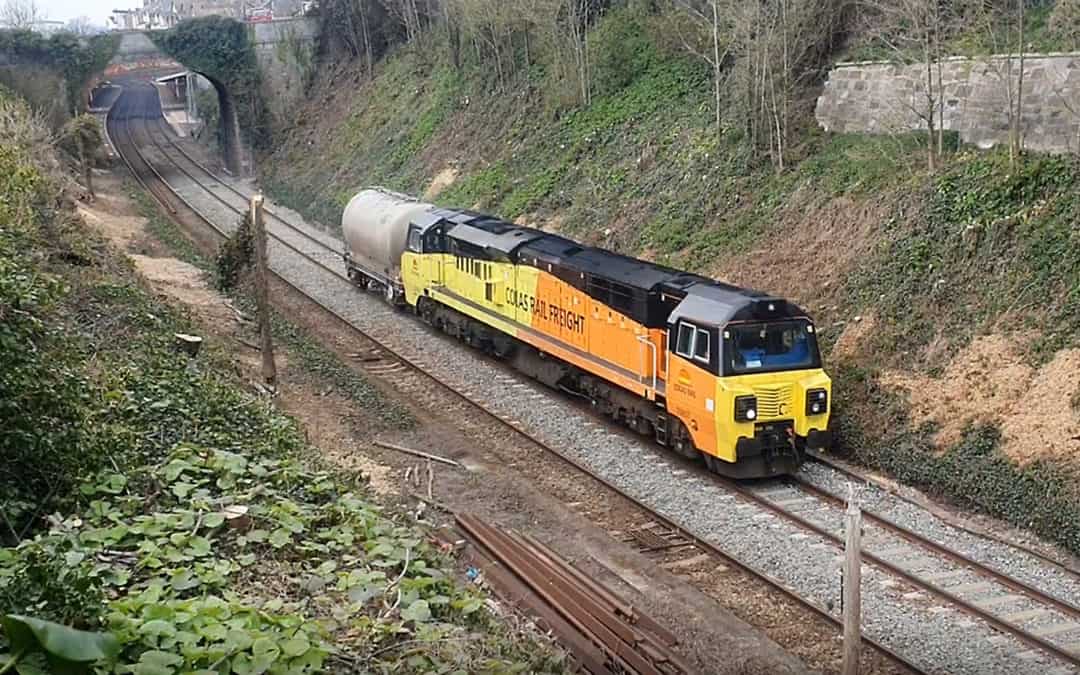 A surprise this week was a Colas Class 70 coming light engine from Cardiff to Hackney Yard sidings at Newton Abbot to collect a loaded cement tank wagon which had been removed from a trainload bound for Moorswater several months ago and been languishing in the yard ever since. 70807 looked most peculiar with just the one wagon load as it made its way back to Westbury where it was unloaded. The depot at Moorswater is closed at present. Another reduced trainload was the weekly clay train. DB Cargo 66054 has returned with only 10 filled ones. A bit of good news is that the sand trains from Burngullow to East London look like they will be restarting soon. Nick has found a new viewpoint at Teignmouth where the lineside trees have been cut down leaving a good view of the lineside just to the seaward side of the railway station which is this posts headed picture taken from a screenshot from his video.