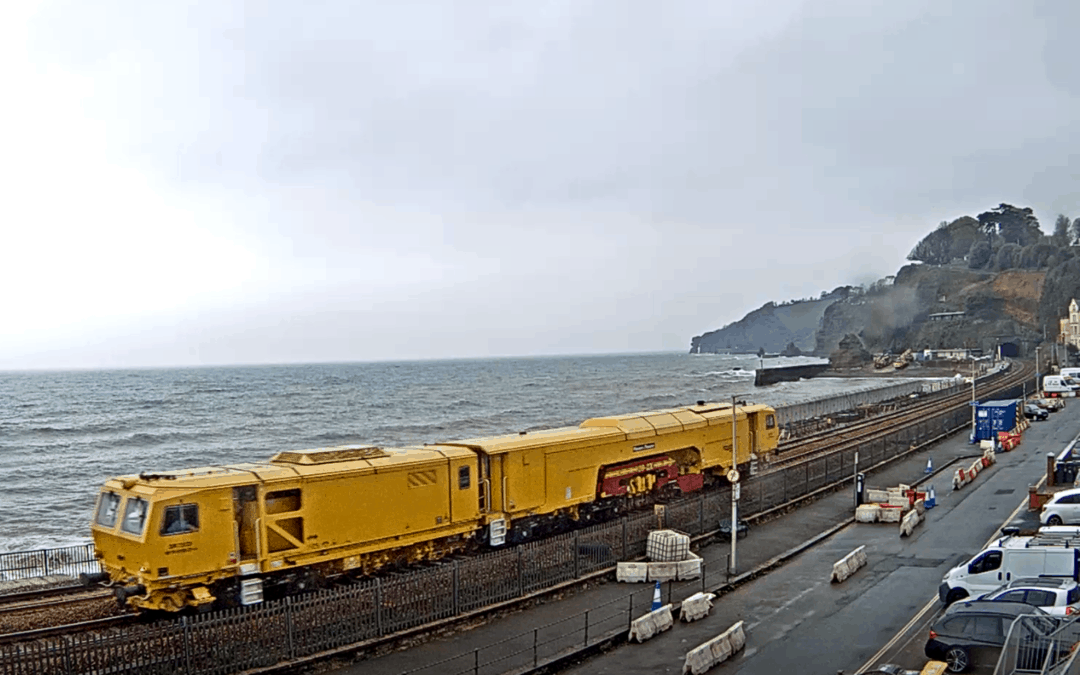 The rail fans had been waiting for the return run for freight locomotive DB Cargo’s 66047 in the blue Maritime livery, this one named “Maritime Intermodal Two” which has been moving china clay tank wagons around Cornwall for a fortnight since it came down from Bescot. This was the first time this locomotive had been down to the West Country proper. We don’t class Bristol, Gloucester and Swindon as being truly west Country! The next item on the video was a fly past by a Merlin helicopter following on from the Chinook the day before. Apologies for the clarity from the San Remo Camera. Of late it has been suffering from frequent sea spray which leaves a salt deposit on the lens cover. Normally rainfall will wash it off but we haven’t had any rain for quite a long time. It was given a good clean just a few days ago but by the next day it was covered again. When the wind comes from the South South East the waves crash into the wall and then get blown over the railway lines. We are all waiting to see if the new wall being built along Kings Walk will really cure this problem or if Mother Nature will triumph. Anyway the rain came today bless it and both San Remo and Brunel Cam are looking so much better. The next item was a very smartly turned out Tamper machine DR 73121 which was on a run out from Fairwater Yard at Taunton to Plymouth and return with only a 45 minute stop at Plymouth station. The next up was DB Cargo again with 66082 in their red livery towing the Railvac 3 machine on a service from Westbury to Burngullow which is near St Austell in Cornwall. The Railvac machines are in effect a large vacuum cleaner which is powerful enough to suck the ballast out from underneath the track and replace it with clean ballast. It is especially useful on pointwork and operates with movement independently of any locomotive. It has a joystick connected by a lead which is used by one of the operatives.