Plenty of interest for the Rail fans. 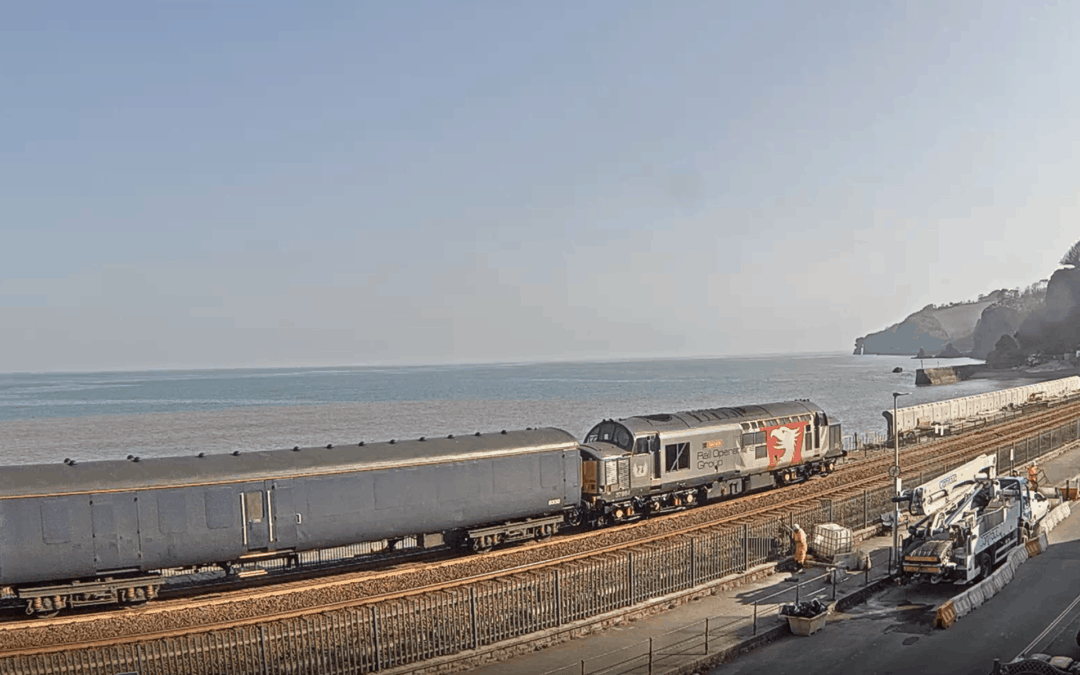 Plenty of action this week. First up on a test train was Colas 37219 named “Jonty Jarvis” in memory of a 6 year old boy who contracted Meningitus and passed away back in 2005. The video was taken as it passed through Teignmouth station late on Tuesday evening. Unfortunately it came back in the middle of Thursday night so no chance to record it passing. Next was DB Cargo 66194 which had brought back 9 empty tank wagons from the Midlands during Tuesday night and went back with 8 filled with china clay on Thursday afternoon. Normally it would have been a 20 wagon load every week but the current situation has reduced demand. The highlight has been Railway Operations Group’s Europhoenix livery 37884 named “Cepheus”. In Greek Mythology Cepheus was married to Casssiopeia and had a beautiful daughter called Andromeda. Europhoenix are a spot hire railway company based in England and have leased five class 37’s to ROG. The loco and two barrier cars had brought 5 Mk3 Coaches that have been converted to sliding doors for use with the HST Castle sets down from Wabtec at Doncaster and delivered them to Laira depot. It returned 2 hours early from its schedule and passed Dawlish at 10.37am   this morning Friday 24th April.