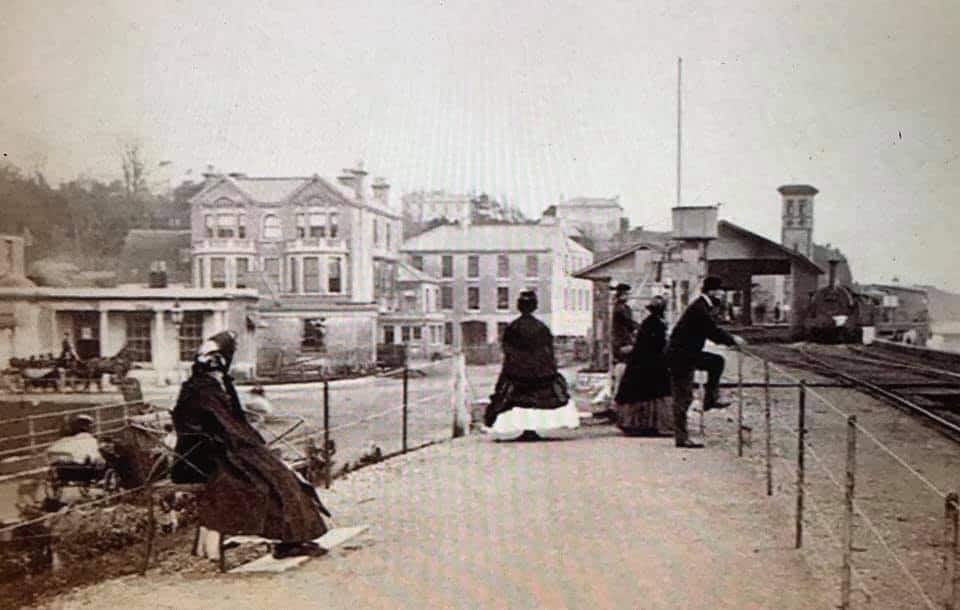 One of the earliest photos I have seen of Dawlish, I reckon it’s late 1850’s, before William Chapman opened his photography business (1863).

A great view of the original station with a wide gauge steam locomotive. Brunel’s Atmospheric Pumping Tower is in the background and the water tower in the foreground.

The single track railway was at the same level as the beach at this time. The line split at the station for passengers and so trains could pass each other.

The best feature is the Assembly Rooms, the single storey building with the big windows. It started life as the Public Reading Rooms in about 1815. It was demolished in about 1860 and replaced by the Royal Hotel, now Seabreeze.

Behind this is the newly built Grand Hotel.

The coming of the railway heralded the building of several posh hotels as wealthy Victorians turned Dawlish into a sought after seaside resort.

Also note the fashionable clothing of the time and the carriage outside the Assembly Rooms, where dances and meetings took place.