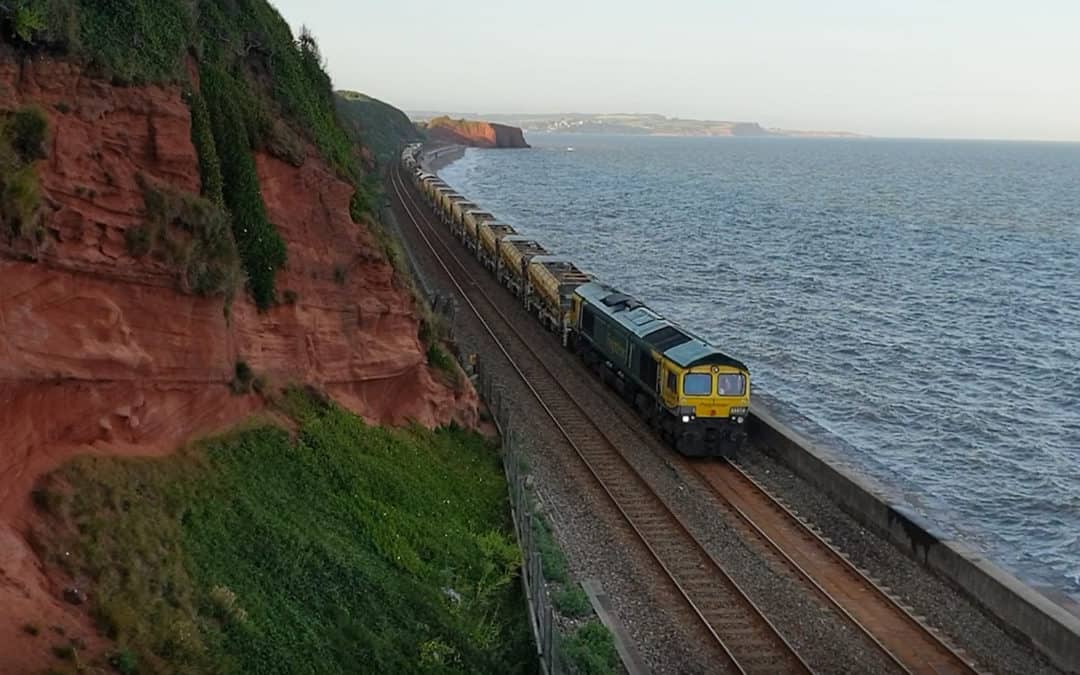 This behemoth of a train passed along the sea walls and through Dawlish and Teignmouth last night, Monday 22nd June. It is impressively lengthy and much longer than any other train that we see here. It is currently based in Fairwater yard in Taunton and will be coming for another three nights to Totnes where it moves over to the up line and then reverses  and travels towards Newton Abbot removing the old ballast from the track and replacing it with new before returning to Taunton where the old will be discharged and more new ballast filled ready for tonight. If you want to see it live on the webcams it is due to pass through Dawlish tonight at 8.06pm but like last night it could be a little earlier, or later, depending on the Paddington to Penzance train running to time! Locomotives were Freightliner 66414, ex DRS and now in Powerhaul livery, and Freightliner 66596.