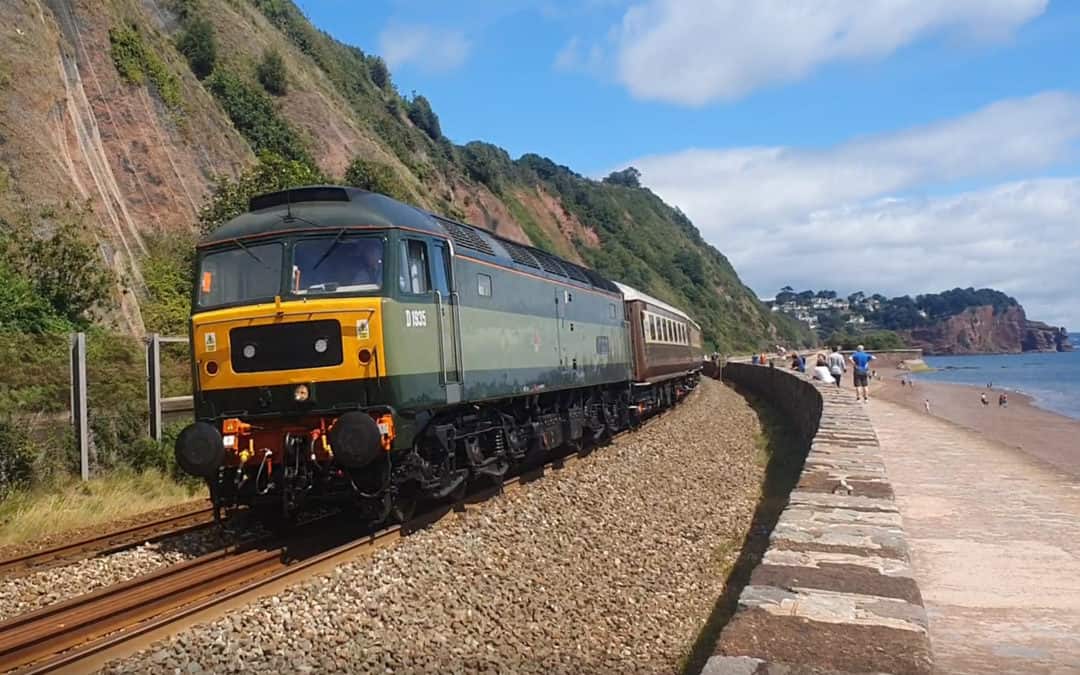 On Saturday 18th July  a welcome sight on the sea wall was the first rail charter excursion this year which ran from Peterborough to Paignton. The locomotive and coaches were a credit to Statesman Rail Tours who had organised the tour. It was intended to use two locos but in the event was hauled single handed by Locomotive Services Limited 47805 named “Roger Hoskin MA 1925-2013” which was using its pre-tops number of D1935. The video shows its progress from Langstone rock to Kennaway tunnel before moving on to the Teignmouth sea wall. The return footage starts as it speeds through Teignmouth station and then in Dawlish from Marine Parade to the Rockstone Bridge.                  Next Sunday 26th July we expect to see Royal Scot, a steam locomotive, heading the English Riviera Express from Bristol to Kingswear.