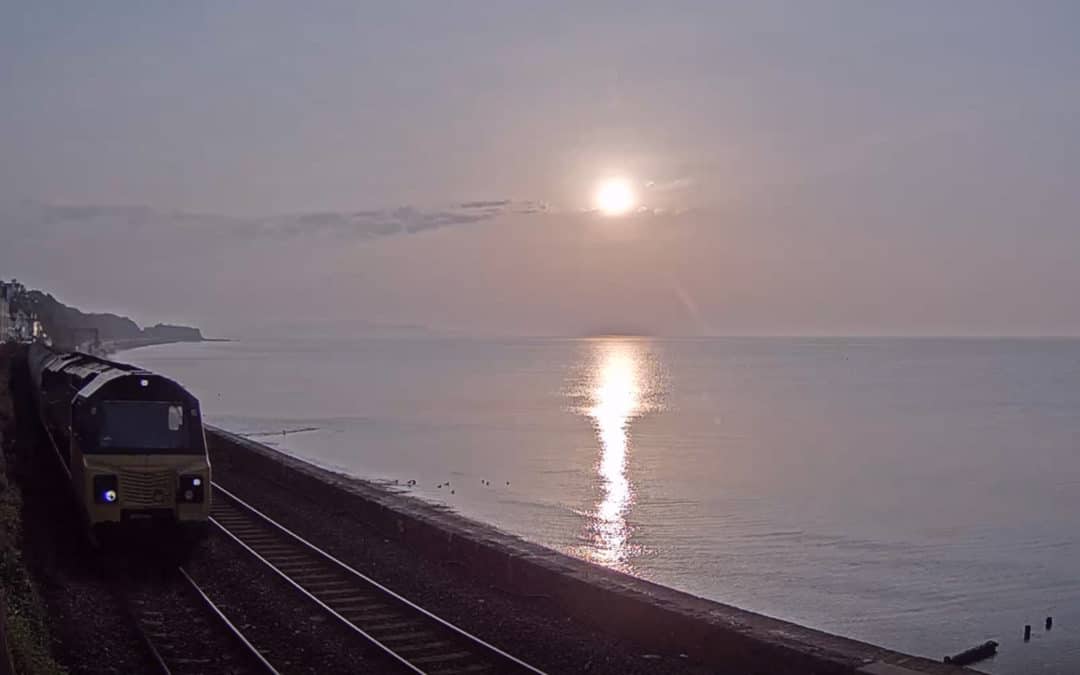 Events featuring a Class 37 National Rail test train and a wrong line working by the cement train. The test trains to the South West seem to have been plagued with problems resulting in cancellations and curtailments but on 5th August a successful run by Colas 37219 and retro livery 37610 are seen running along the Dawlish sea wall and again at Teignmouth where they pull off the wall and through the station. The second clip surprised us to see the weekly cement train, though it had not run the week before, work wrong line from Dawlish Warren to Teignmouth.

A trio of pictures of the Devonian rail tour which ran on Wednesday 12th August. 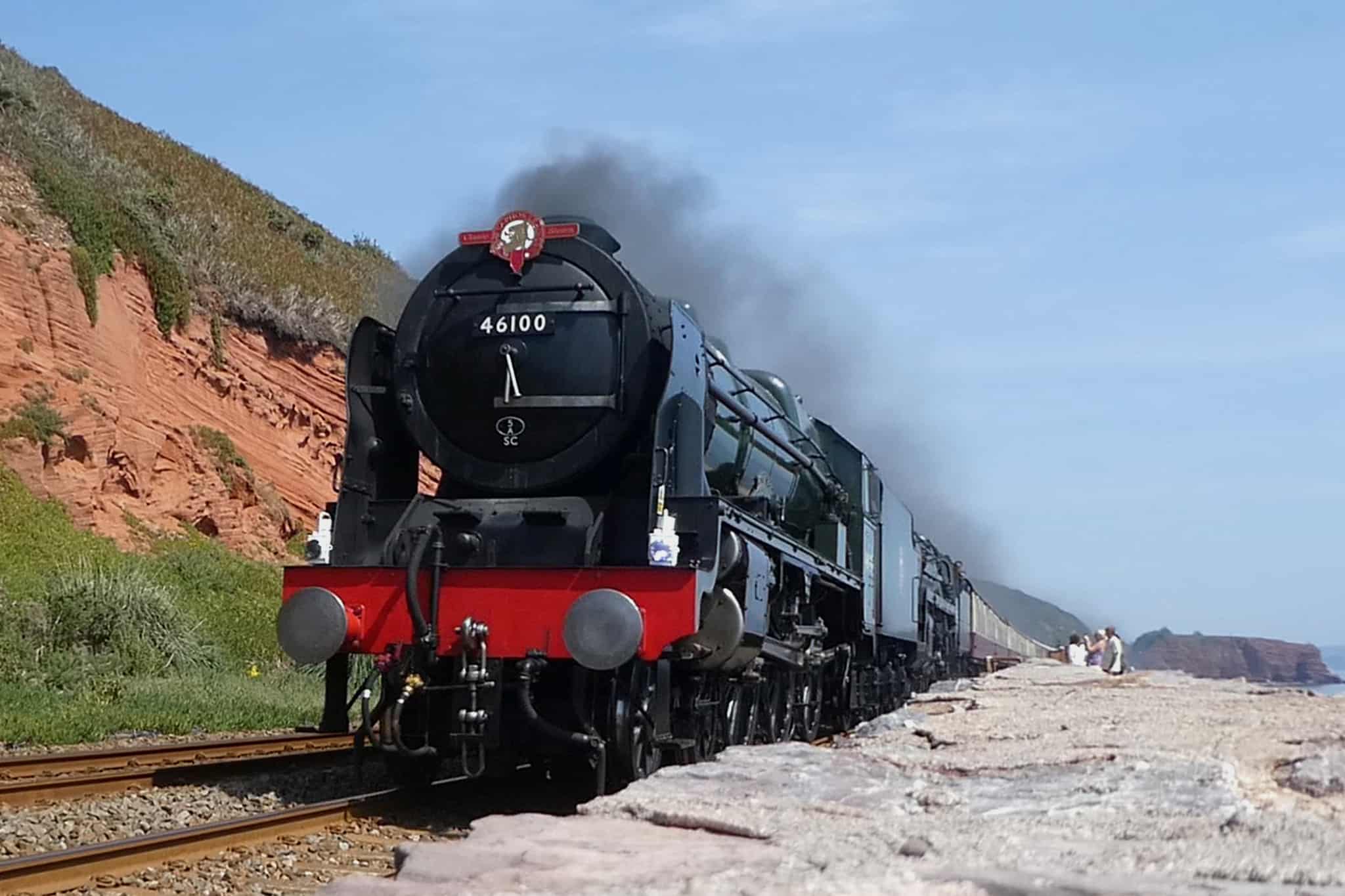 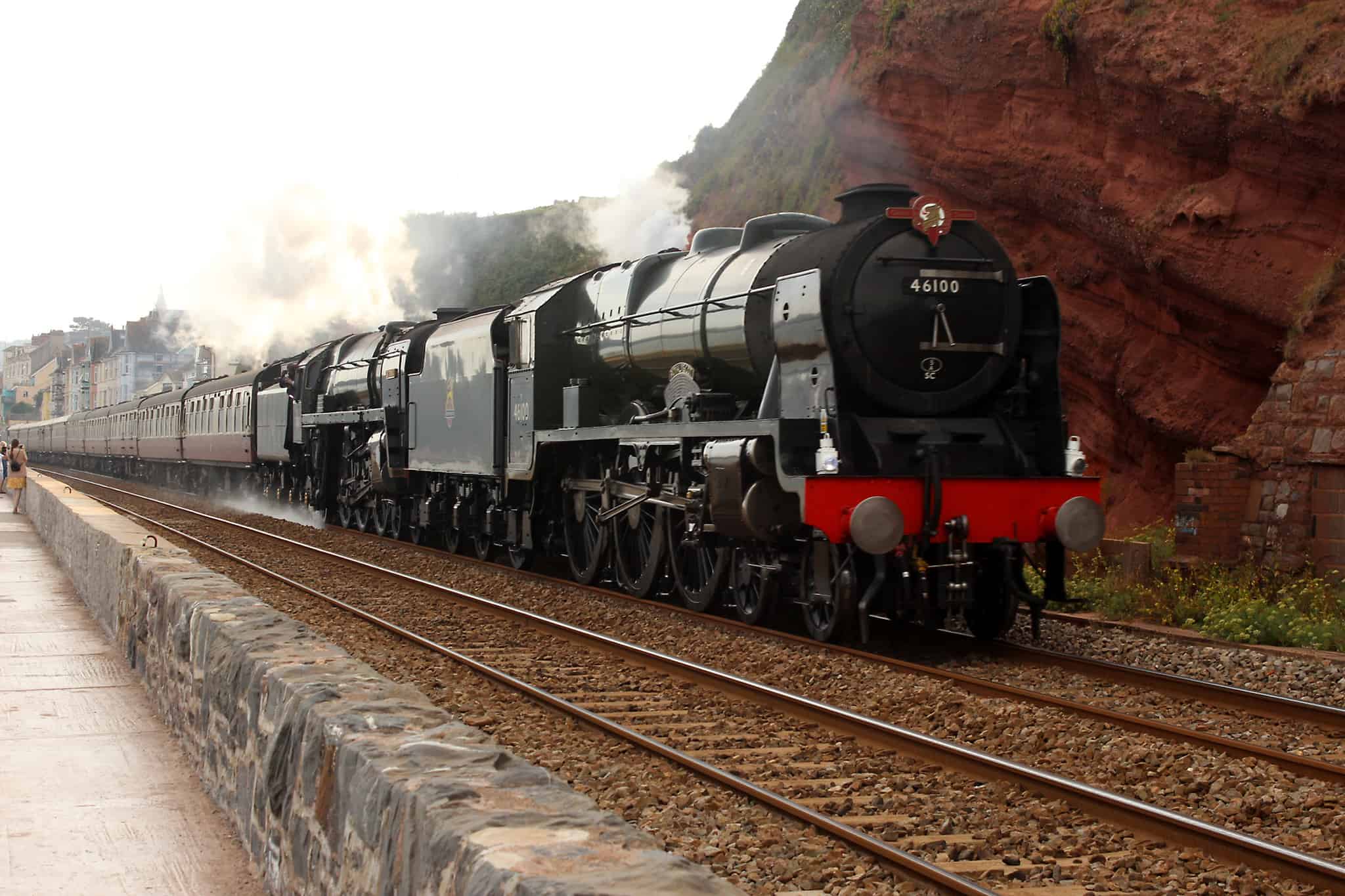 A one off new spot for us from opposite the Railcam camera on the outskirts of Teignmouth and taken from a boat on the River Teign. 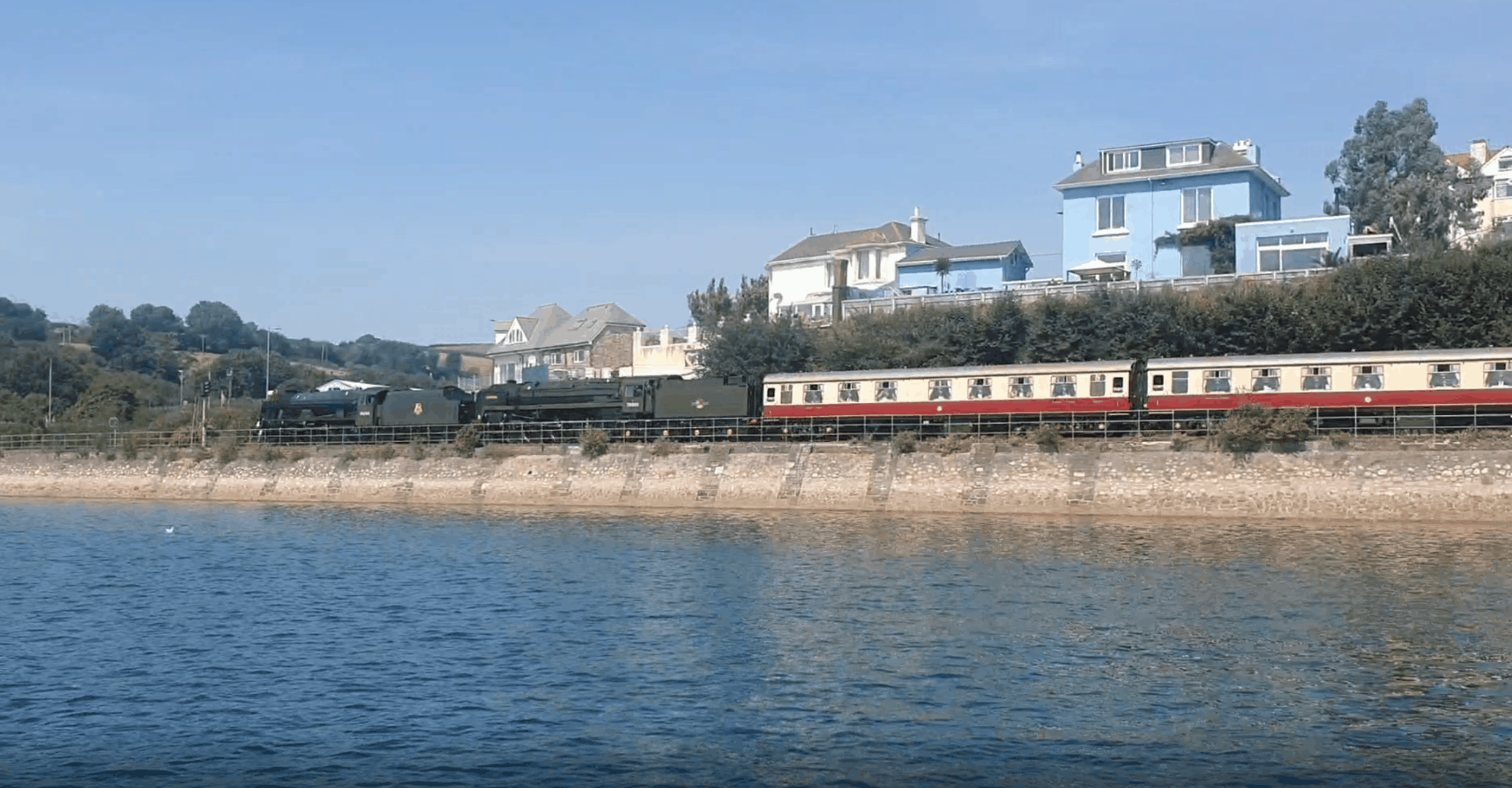