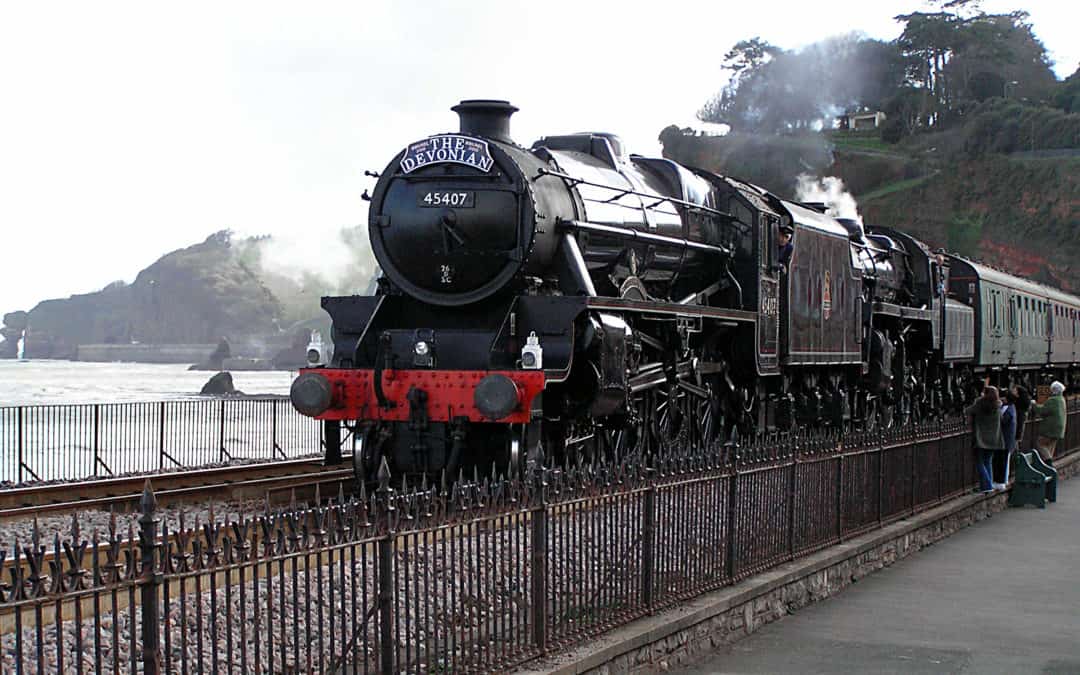 The next and last steam train special to pass through Dawlish and Teignmouth this year, according to the Railway Touring Company, will be LMS Stanier Class 5 44871 in place of the previously advertised 6233 Duchess of Sutherland. This is the Royal Duchy from Bristol to Par on Sunday 30th August. 44871, is the same class as our feature picture of 45407, and will be powering the tour as far as Plymouth and return. A Class 47/57 diesel will be on the Plymouth to Par portion of this day excursion. Unfortunately this will be the last steam train we see this year as the Mayflower tour has had to be postponed until September 2021. There are two diesel hauled Pullman specials in September which we will advise you of times and dates in due course.  The Royal Duchy times have not yet been released but will be approx 11.45 am and return around 8pm

The video below features the Loram Class 20205 and 20189 top & tailing three Mk2 coaches in the Loram livery and follows on with the clay train powered by 66005 named Maritime Intermodal One. 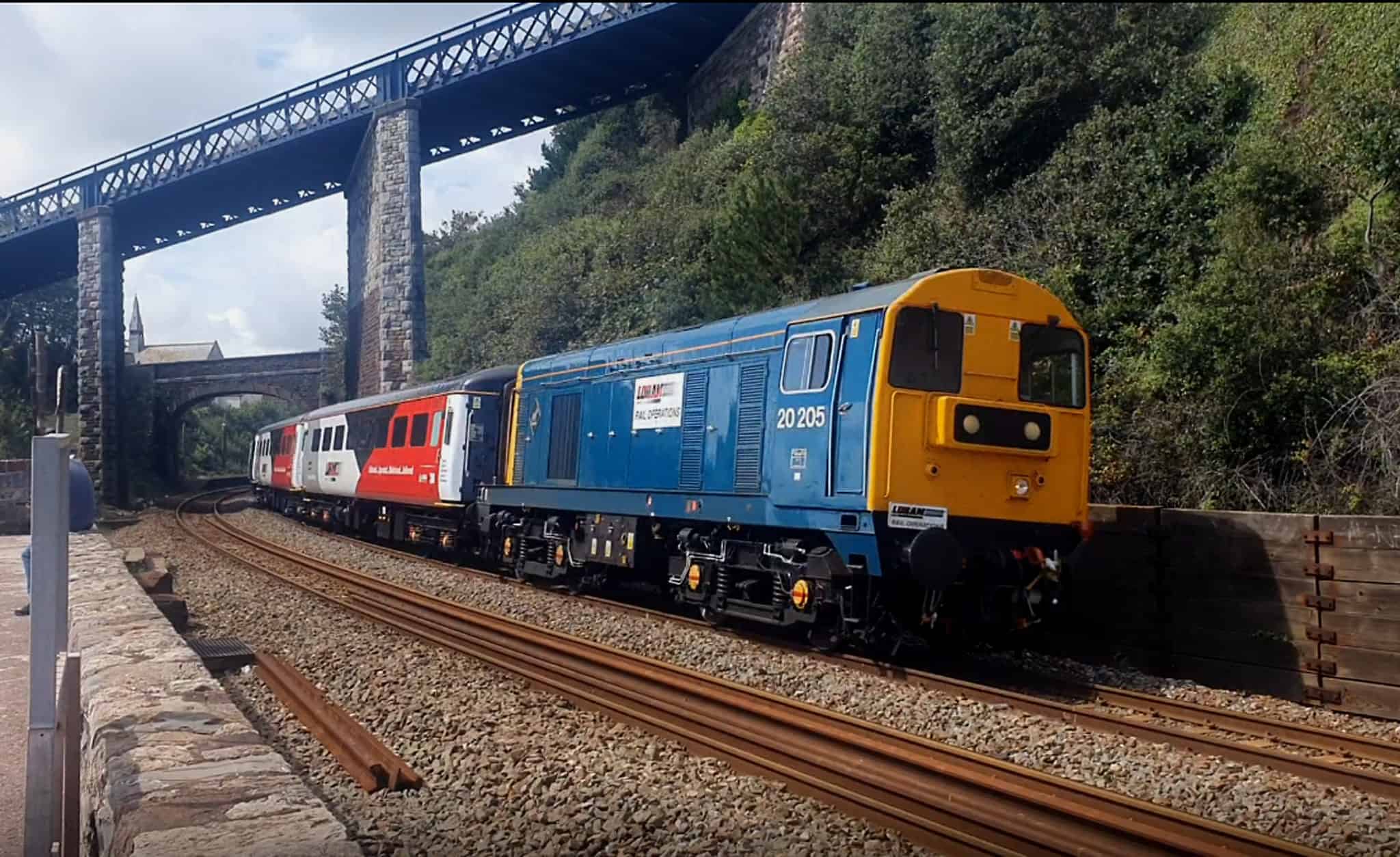 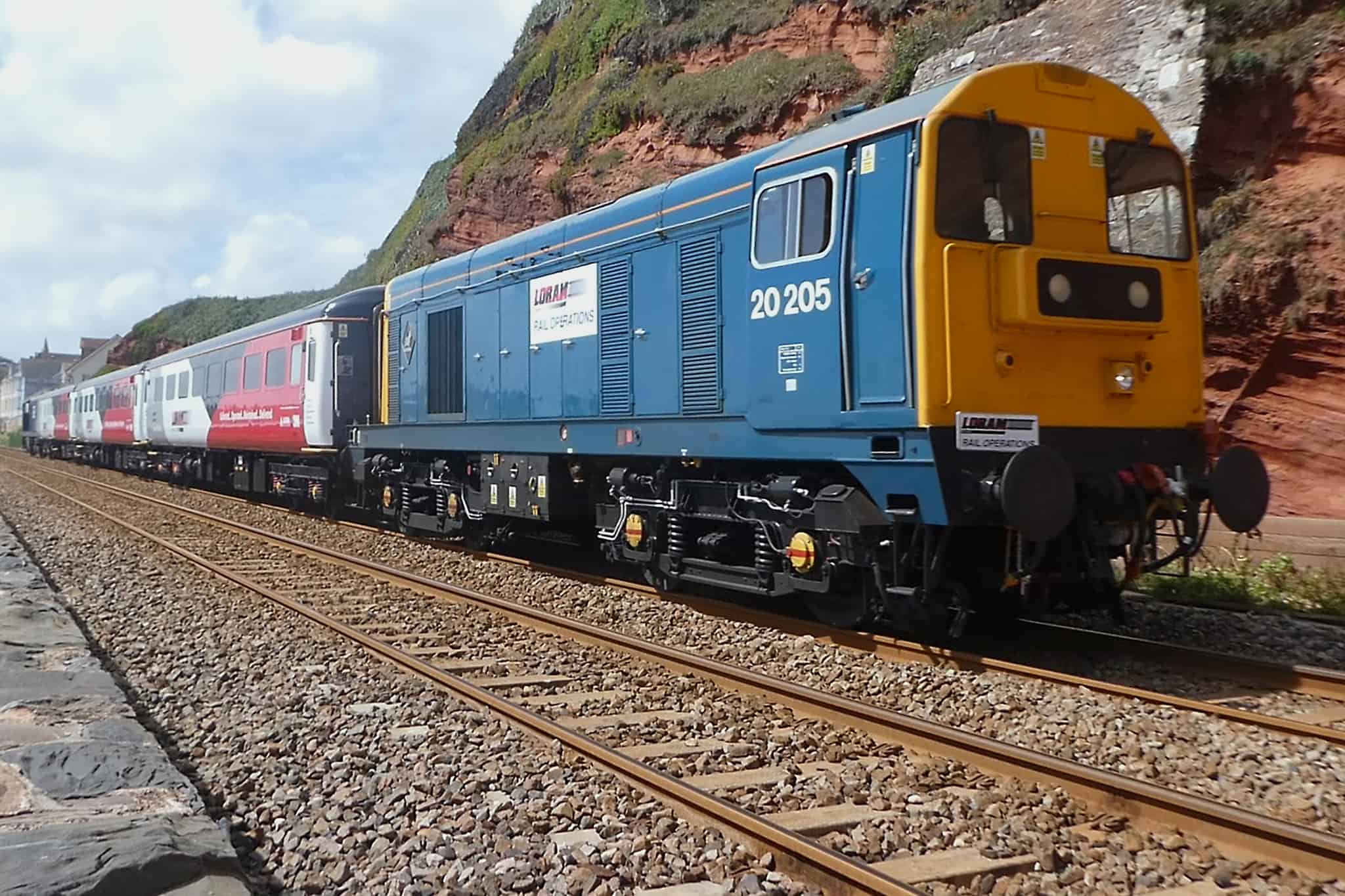 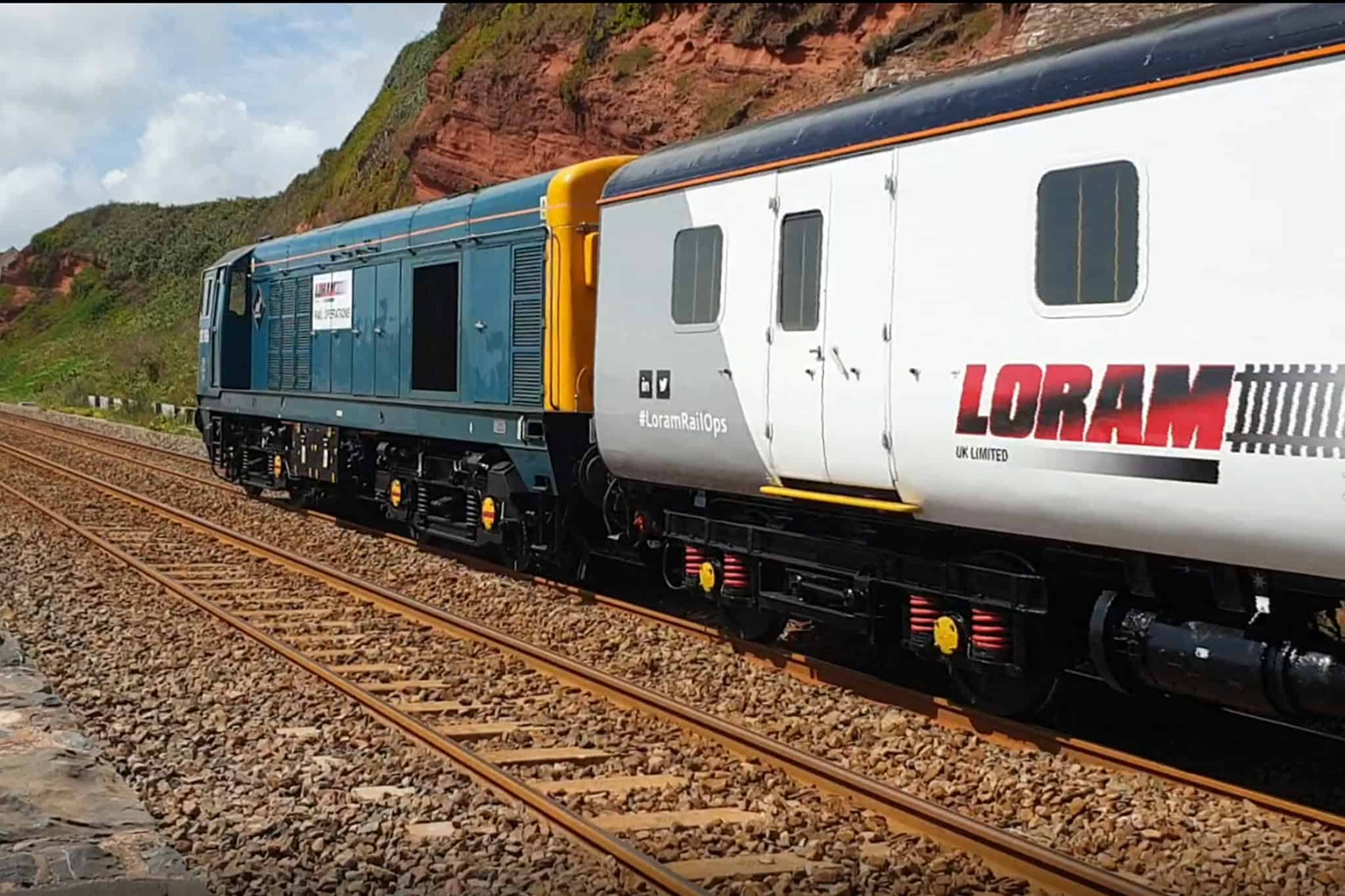 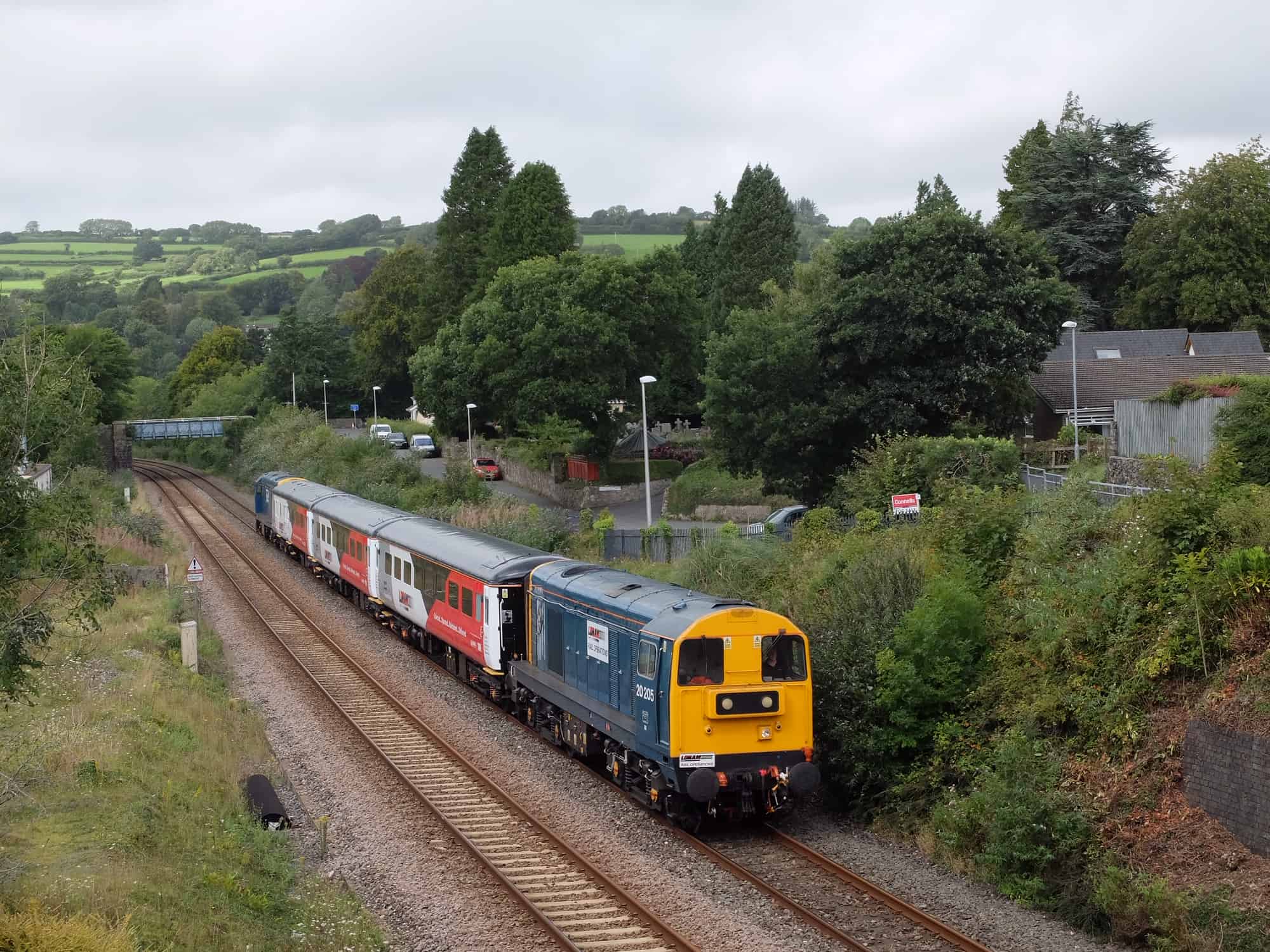 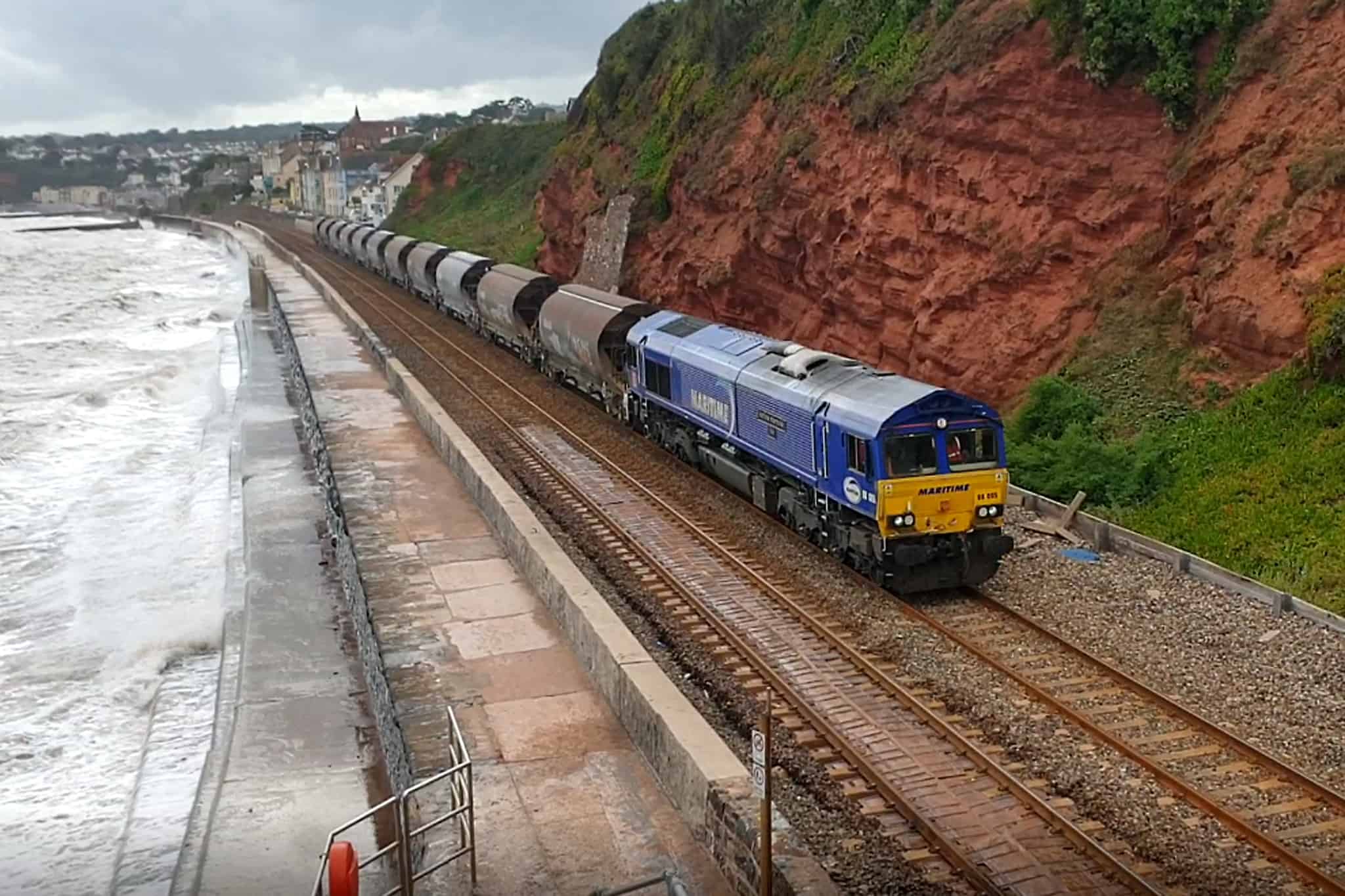