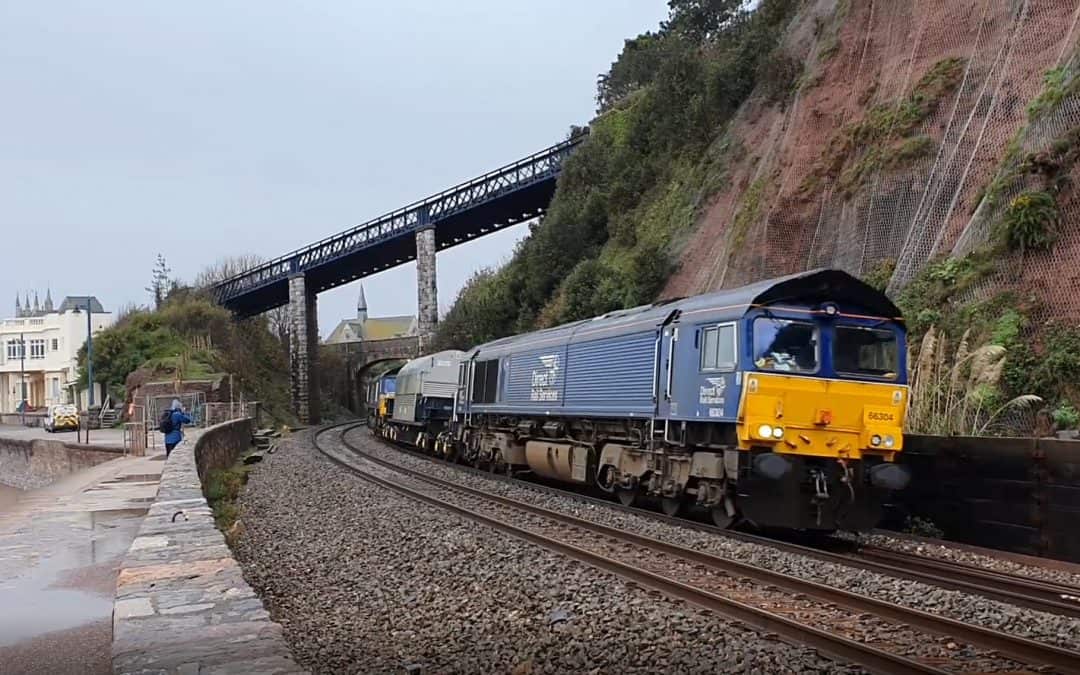 DRS 66301 “Kingmoor TMD” and 66304 travelled down from Crewe to Devonport to collect a nuclear flask and returned the next day to take it as far as Crewe. The video shows them sauntering along the Dawlish sea wall after being held in Dawlish Warren station for a passing Cross Country express service. Speed had picked up a bit by the time they traversed the Teignmouth sea wall. Nick braved the rain to record their return run as they appeared from under the skew bridge just east of Teignmouth station that must have appeared in countless magazines and books over many years. The IEP 802012 seen at the end of the video was the 1C70 service from Paddington to Paignton.