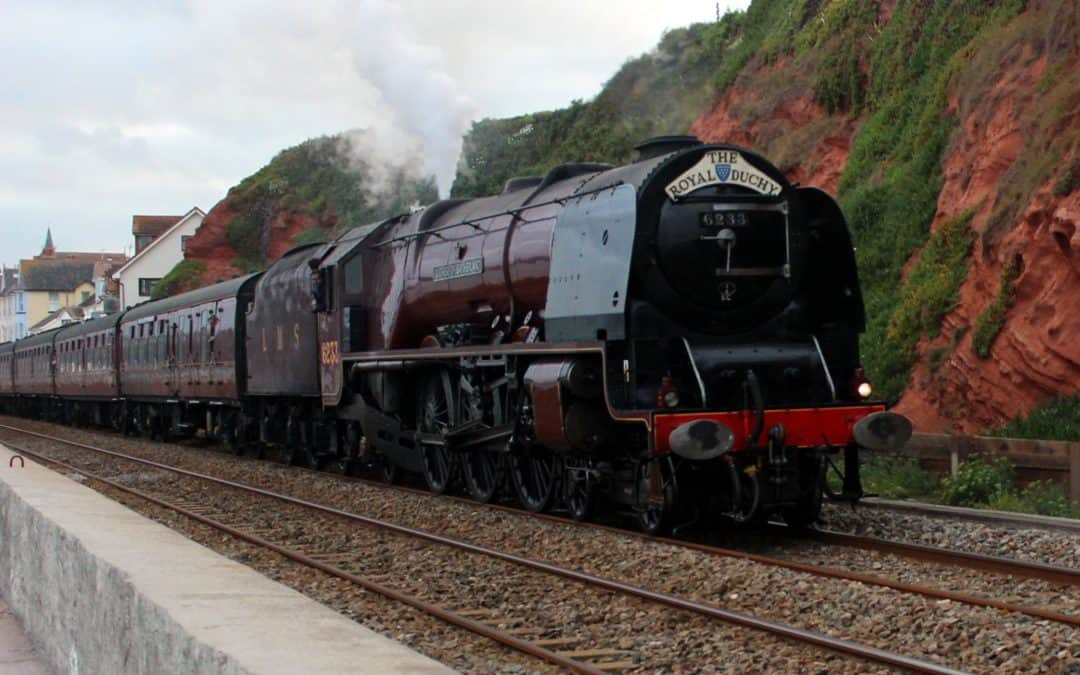 In February’s Railway Magazine it was reported that subject to covid restrictions there will be a Great Britain X1V steam hauled railtour this year. It begins with Tornado on April16th from Kings Cross to Edinburgh. After touring Scotland with different motive power it then works its way down to Cardiff. On April 22nd LMS 6233 Duchess of Sutherland is planned to bring the train down to Penzance. After a  day there on Saturday 24th it will take the tour back to London Victoria. May 29th will also be another day to look out for as it is hoped that the HST Midland Pullman train will pass through Dawlish en route to Penzance and also 60163 Tornado is planned to be powering a tour from Woking to Plymouth on the same day. Let us hope these tours will be able to run by then. This week’s interest on the rails has been Freightiner 66562 on Monday and Tuesday night’s engineers trains from Westbury to St Erth. Wednesday it was Colas 70810 and 70811 top & tailed with a Westbury to Liskeard autoballaster train and on Thursday Colas 70809 headed a CWR train to Lostwithiel. A good sign on Wednesday was to see that the weekly clay train headed by DB Cargo 66103 had to bring the loaded train in two parts to Exeter before delivering up to Bescot  with the full 15 tank wagons. The maximum weight allowed for safety reasons over the Dartmoor inclines is 1000 tonnes and this full load would have been 1500 tonnes. Looks like the trade in pottery is getting better. The video below captures some of these trains along with a new to the area Class 166 3 car DMU on the Paignton to Exmouth circuit and a 5-car Hitachi 802 on a Paddington-Penzance service.