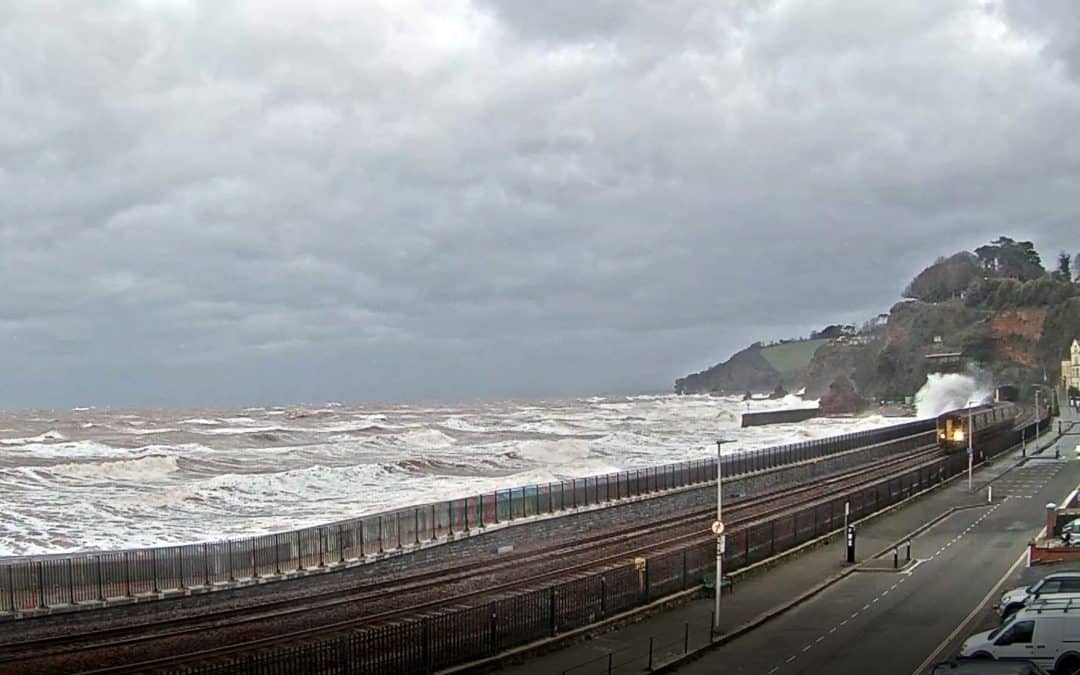 The sea was splashing a bit around high tide at 16.55 sending spray over the sea walls and gave an opportunity for Cross Country engineers to see how a modification to a Voyager roof  with a silica film to prevent water ingress fared. This was nowhere near how bad conditions can be here in severe storms but as a precaution when it was at its worst the Paddington-Penzance IET train was sent “wrong line” between Dawlish Warren and Teignmouth as the sea can throw up rocks which could more easily damage passing trains on the nearer down line. As you will see on Blenheim cam there were quite a few waves towards the tunnel throwing water over the railway line.