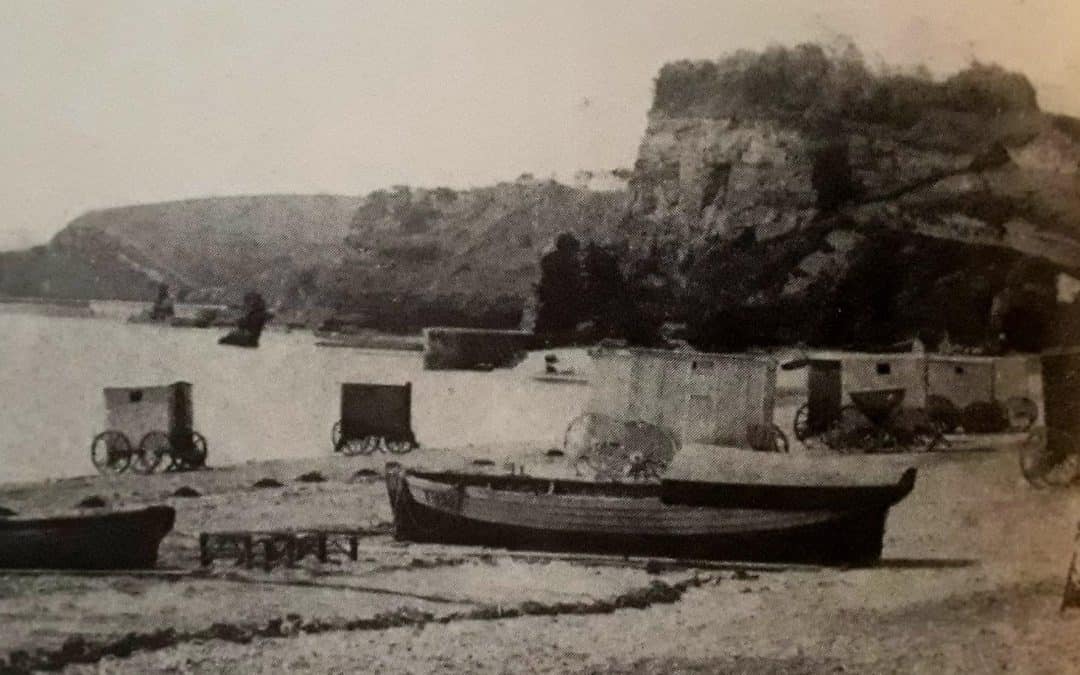 Continuing my blog about the book: ‘Eavesdropper – Dawlish Tales from Long Ago’, we now reach Chapter 3 – ‘The Wedding’. By now, I was beginning to feel that I had enough material to write a book; not necessarily a full-length tome, but maybe half a dozen stories that could be published as a little book of short stories. I thought it would be interesting to turn the clock back another hundred years to 1640.

At this time, the population of Dawlish would have numbered just a few hundred people, who made a subsistence living on the land or on the sea. Such was the fertility of the Devon soil around Dawlish that there were many farms in the area, most of which still exist today. As for fishing, the seas were teeming with mackerel, herring and many other species of fish and shellfish. There would have been enough to feed the locals, but also sufficient to sell at market in Exeter or the villages around the area.

However, Dawlish was nothing more than an isolated village where little of note ever happened. So, I thought, how can I create an interesting tale? What sort of occasion would bring everyone together in a happy frame of mind? A wedding seemed to be the ideal choice, so I put my thinking cap on.

My first two adventures had started on the Lawn and I thought, at this stage, that a tree beside the Brook was my magical place to time-travel from. The adventure probably wouldn’t work anywhere else. I therefore needed an excuse to head towards St Gregory’s Church, where most of the villagers would have lived in the 17th century.

To set the scene of how Dawlish looked at the time, I had to imagine what the landscape would have been like nearly 400 years ago and where the cottages would have been clustered. Also, how was I going to introduce interaction between me and any characters I came across on my walk to the church? Would they be able to see or hear me? How would my clothing look to people from the 17th century? (Some people would say my fashion sense is rooted in the distant past!) It was trial and error as to how much interaction would take place. I just let the scene develop and see where it led, without it being too full-on.

As it turned out, I almost joined the guests as they approached the church, even though I hung back in the shadows. I devised a way to speak to one of the guests when the wedding ring was almost lost in the churchyard! I was also able to describe in some detail what the area looked like, which I had, perhaps, failed to do in the previous tales.

There would only have been one important figure living in the village at this time and that was the Reeve, who was employed by Exeter Cathedral to collect rents and taxes, as well as look after the welfare of the villagers. They were all tenants of their cottages as the Cathedral owned the Manor and, therefore, the cottages as well. I therefore felt it was important to introduce the Reeve into the story and explain his role in the village. The interaction with him towards the end of the story almost lands me in hot water and makes me wonder whether time-travel is such a good idea after all!

However, all’s well that ends well and the experience only makes me keener to explore the past again. I naturally think that I will be travelling back another 100 years to when Henry VIII was King of England, but events don’t turn out as planned. Rather like Doctor Who, I’m not able to control where my dream will lead and I end up facing a very different scenario. Once again, I find myself coming to the rescue of people in trouble. With that thought in mind, I will leave you to wonder where and when the story takes me!

Purchase both books for a discount. Discount applied at the checkout.