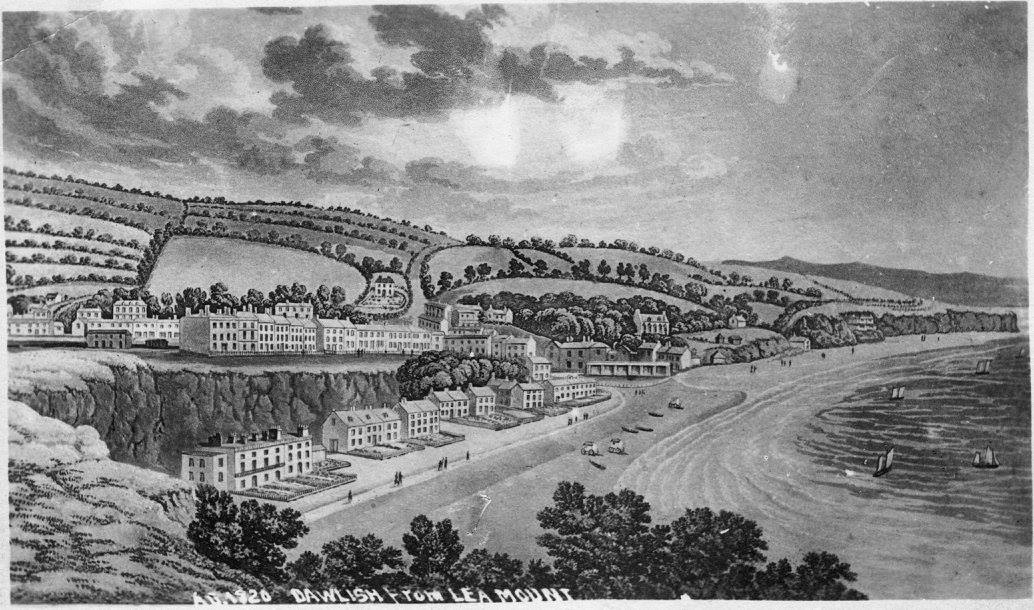 I do hope you are enjoying reading about the tales in my book of short stories: “Eavesdropper – Dawlish Tales from Long Ago.” Whenever I have done a talk about Dawlish, I have always said that the earliest settlement in Dawlish itself was established by the Anglo-Saxons in the 6th century.

As I explained in an earlier blog, the supposition is that St Gregory came to Britain in the middle of the 6th century to convert the heathen Britons to the Catholic faith – hence our Parish Church is dedicated to St Gregory the Great. When you think about it, there could have been settlers here for hundreds of years before that. Indeed, my last blog – about the Iron Age warriors at Castle Dyke – show that there were tribespeople in the area about 1000 years earlier than the Anglo-Saxons. Of course, there are no written records so it can only ever be conjecture and guesswork.

Anyway, for my next adventure, I decided to use the Anglo-Saxon connection as my starting point. Well, why not? Nobody can prove there isn’t a grain of truth in the story! As those of you who have followed my blogs know, I have no control over where my dreams take me, so setting the scene is always important. Each time I start to plot a storyline, I try to imagine what the landscape of Dawlish might have been like at the time the story was taking place. Hence, for a trip to meet Anglo-Saxons, the middle of Dawlish would have been covered with trees stunted by the harsh easterly storms we experience each winter!

I wanted there to be some sort of dialogue with the people I met, although I realised that the words would be unintelligible to my ears. However, the remnants of my schoolboy German seemed to be appropriate. I tried to imagine what the people I met would be doing: fishing seemed to fit the bill, as fish would form a major part of their diet. Also, how could I ‘bump into’ the locals without putting myself in some sort of danger? What kind of reaction would they have with an outsider? And how could I have some interaction and an adventure with people where meaningful dialogue was impossible?

Despite all the difficulties, a story started to emerge where I wake up beside the Brook that is shrouded by trees. I make my way to the seafront where I come across a small group of people, who are fishing and boiling seawater to create salt. I follow them at a distance inland to their settlement but find myself discovered by dogs and at the mercy of the tribespeople. I manage to end up being invited to a barbecued fish supper. I am then able to have a look at the chapel that is built where St Gregory’s Church now stands. It’s all very surreal, but I hope it really does give a glimpse into the simple life that was lived by our ancestors nearly 1500 years ago.

Being able to weave a story about Dawlish with the scantiest of evidence made me realise that anything is possible if you set your mind to it. As has been said many times, don’t let the truth get in the way of a good story! I was already thinking about where I could end up next. It was time to come a bit more up-to-date, that was for sure. I wanted to take part in an adventure that is factually correct, but about which little is known. A seed began to grow in my mind.

When was the Brook transformed from a meandering stream into the ornamental river we know and love today? And how was it achieved with little mechanical help? And what happened when I met Charles Hoare, the owner of Luscombe Castle, and John Edye Manning, the Lord of the Manor, and the man who turned Dawlish into a fashionable seaside resort? All will be revealed in my next blog! If you want to read all about my time with the Anglo-Saxons, as well as my other adventures, please buy my book, “Eavesdropper – Dawlish Tales from Long Ago!” Available from Dawlish Webcams.


Photo credit with thanks Dawlish Museum