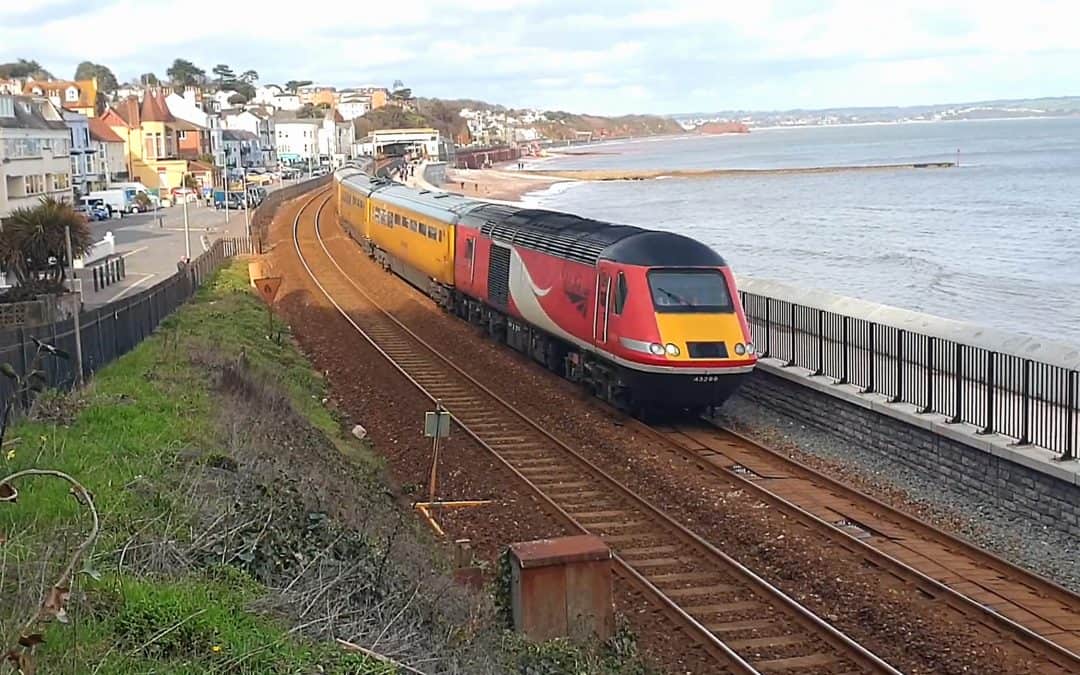 Friday 12th March saw the regular monthly visit of the New Measurement Train known by rail fans as the Flying Banana passing through Dawlish twice in each direction. Currently a temporary replacement for one of the normal power cars is a debranded ex LNER locomotive 43299 in red livery sporting a black Network rail logo hence the new nickname of the Tomato Banana! For those unfamiliar with the routine the train starts from Reading at 6.11am and travels to Penzance and then returns as far as Dawlish Warren where it waits approx 10 minutes before coming back through Dawlish to Paignton. From there after another 10 minute break it travels to Taunton for another break of 20 minutes before setting off for Paddington for a 30 minute break. It then sets off to return to it’s base at Derby via Oxford, Leamington Spa and round the outskirts of Birmingham arriving at 1 57am. The other Network rail power car was 43062 named John Armitt  and the total mileage for the circuit is approx 780 miles. The video includes a HST Castle set on the early morning Penzance to Exeter St Davids service slowing for the Dawlish stop and then accelerating away and also an Hitachi 9 car 802154 on the 1A90 Plymouth to Paddington service. 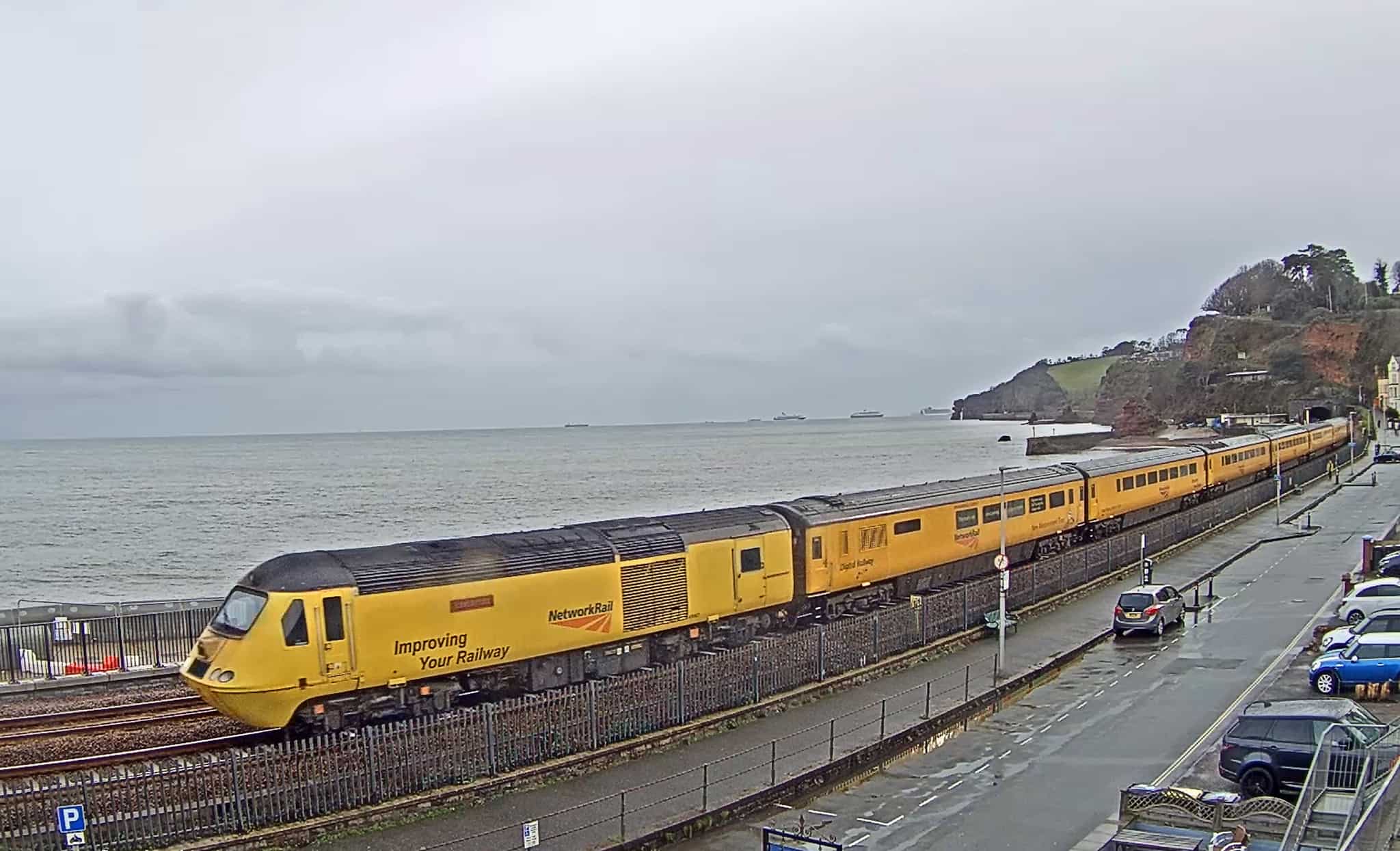