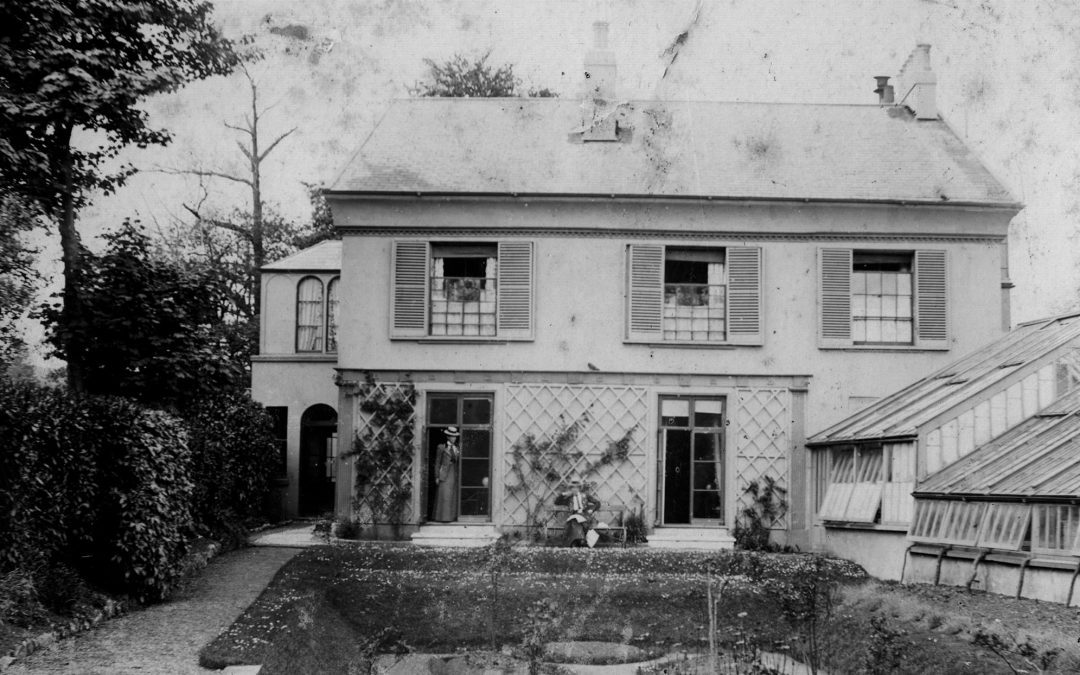 Welcome to my latest blog and musings about Dawlish in days gone by. For much of its history, Dawlish remained a small and insignificant village where nothing ever really happened. The villagers lived their lives generation after generation, either tilling the land or putting to sea to catch the fish that provided much of the diet of everyone who lived in the area. Dawlish was tucked away and wasn’t on the route to anywhere; you didn’t have to travel through Dawlish to get anywhere important; unlike Chudleigh, for instance, which is on the road between Exeter and Plymouth.

Towards the end of the 18th century, however, this was all about to change. King George III was on the throne, Britain was engaged in the Napoleon Wars with France and the Industrial Revolution was producing a generation of wealthy industrialists, merchants and landowners. It had been a rite of passage for wealthy young Georgians to embark on a ‘Grand Tour of Europe’ to further their education and to collect works of art for their vast houses – a gap year, if you like! The war with France had brought this to an end, so it became the fashion to visit the seaside in Britain, particularly as George III was extolling the virtues of clean sea air, away from the smog-filled factory towns and cities of the Midlands and North. Sea bathing and even drinking seawater was regarded as a cure for bad chests caused by breathing air polluted by factory chimneys. So it was that seaside towns and villages started to attract wealthy Georgian visitors. (Remember that your average worker wasn’t entitled to any paid annual holidays at this time and wouldn’t be until the early years of the 20th century). 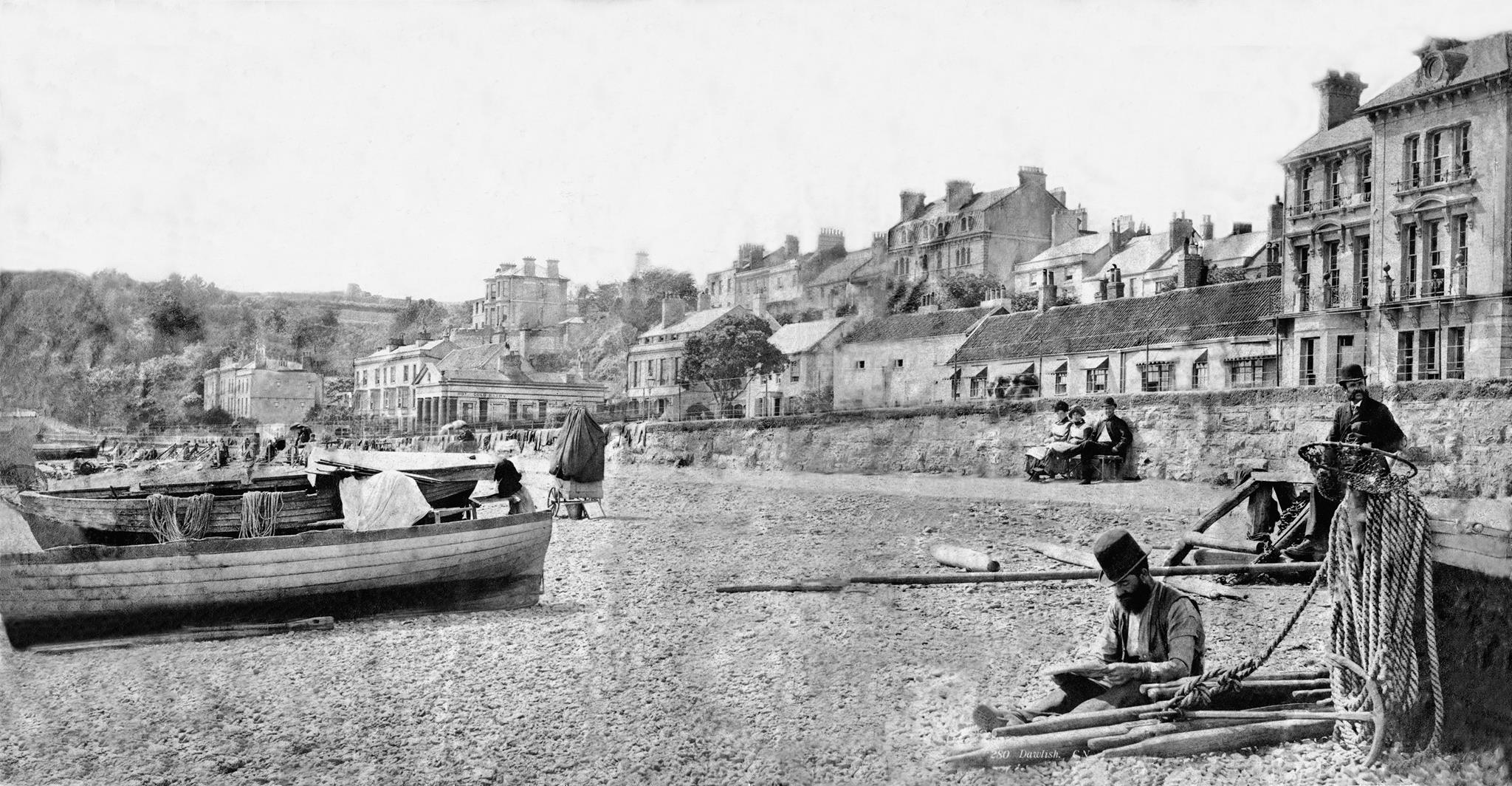 Mending nets on Dawlish beach in around 1870. Notice the old baths in the background on Marine Parade. – Photo Credit: Dawlish Museum.

Dawlish had been attracting a few ‘tourists’ since the early 1780’s, who stayed in the larger houses on Plantation Terrace and Marine Parade but had no attractions to offer visitors. The Lawn didn’t exist as such, being no more than a marshy tidal inlet with the Brook meandering across the valley. High tides and storms meant that the sea would come rolling up as far as what is now Brooklands. There was no sanitation at this time so residents, who lived mainly near St Gregory’s Church, dumped their rubbish and human waste in the Brook to be carried downstream and out to sea. We can only imagine the smell near the marshy grassed area particularly in the heat of summer.

In 1802, the Manor of Dawlish was sold off by Exeter Cathedral, which had owned it for 700 years. It was acquired over a few years by John Edye Manning, who was an Exeter businessman. He set about turning Dawlish into a fashionable seaside resort. One of his first tasks was to straighten the meandering Brook and raise the level of the surrounding marsh to create the Lawn that we know and love today. Remember he had no mechanical means to do this but was able to call on most of the townsfolk, who were now his tenants. This was in 1807.

It is how he managed to achieve this that is the subject of ‘A Watery Tale’, one of the stories in my book, Eavesdropper. In the story, I get to meet John Edye Manning and Charles Hoare, who had recently built Luscombe Castle as his country seat on the outskirts of the expanding town. I believe that, between John’s money and vision, and Charles Hoare’s patronage, Dawlish really started to attract more and more visitors. These visitors came by private carriage or by stagecoach to Exeter or Chudleigh and then by horse and cart taxi service along a pot-holed track to the town.

By 1810, Dawlish and Teignmouth had established themselves as seaside resorts. It was deemed worthwhile to improve the roads and start a stagecoach service from Exeter through Kenton, Starcross, Dawlish and onto Teignmouth. Both towns were definitely on the tourist map and further improvements continued to be made. Visitor numbers were still quite low: a stagecoach could only carry 10-12 people at a time. Journey times from London or the Midlands were between 4 and 5 days. You couldn’t just pay a visit for a few days. Families would rent houses for weeks at a time.

Next time, I will tell you what happened when I went further back in time and met a young lady called Mary!