At the fall of the hammer 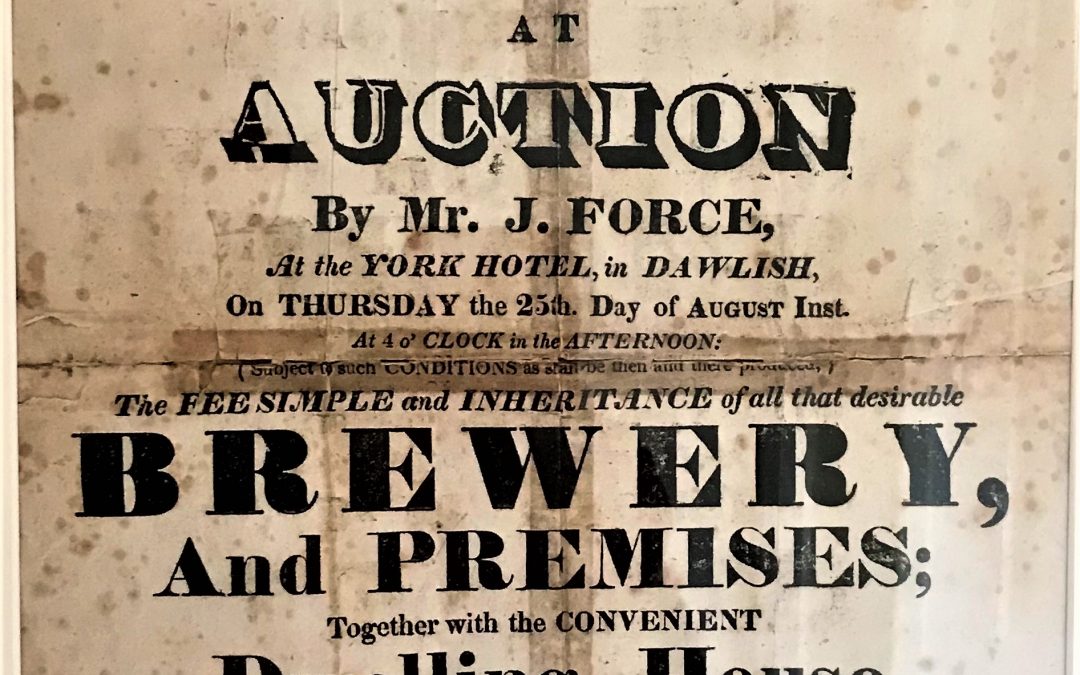 My previous blog introduced Mary and her family, and it gave me the idea that my imagination could create an adventure out of any situation, even if it was only a work of fiction. However, I wanted to use a real event and weave a story where I could influence something that had actually taken place. A chance cup of tea several years previously with well-known local historian, ‘Gentleman’ Jim Holman, was the starting point.

I used to call and see Jim regularly when he was alive and living at The Moorings in the Strand. What he didn’t know about Dawlish wasn’t worth knowing – in fact I learnt a lot from him over the years. It was Jim who showed me that there is more to Dawlish than a beach, railway and some black swans!

Anyway, I was chatting with him one day over tea and biscuits when he announced: “David, I’ve got something here that I think you ought to have”. He went to a drawer in his sideboard and pulled out an A4 envelope that he handed to me. Inside was an auction poster dated 1825 for the sale of the Dawlish Brewery by the owner, Mr John Till. What really caught my eye was the name of the Auctioneer: Mr J Force of Cathedral Yard in Exeter. I knew that he was my Great-Great-Great-Great Grandfather, John Force, who had founded the family business in 1790.

“What do you see on the back?” asked Jim. I turned it over and there was a list of names and figures. I soon worked out that this was the list of bidders and their bids, as well as the purchaser’s name and the price he paid. “That’s for you, bae” said Jim in his softly spoken way. “I think it’s time it was returned to the family!” I was so overwhelmed by his kindness that I forgot to ask how he had come by the poster. To me it was a real treasure! Where had it been for nearly 200 years? Jim passed away not long after and I never got the chance to ask him.

Anyway, this little episode inspired me to write a story about how I was able to go back to the 25th August 1825, the day of the auction. I happened to bump into John Force as he got off the stagecoach (even though I didn’t know it was him right away) and attend the sale of the Dawlish Brewery at the York Hotel. (The York Hotel stood on the site of the Congregational Church, which was built in 1870. It is now known as The Strand Centre).

The Brewery had only been trading for a few years, but John Till had to retire due to ill health. The auction gave the Ferris family the opportunity to buy the business, which they ran successfully for 100 years until it was sold to the Heavitree Brewery in Exeter. 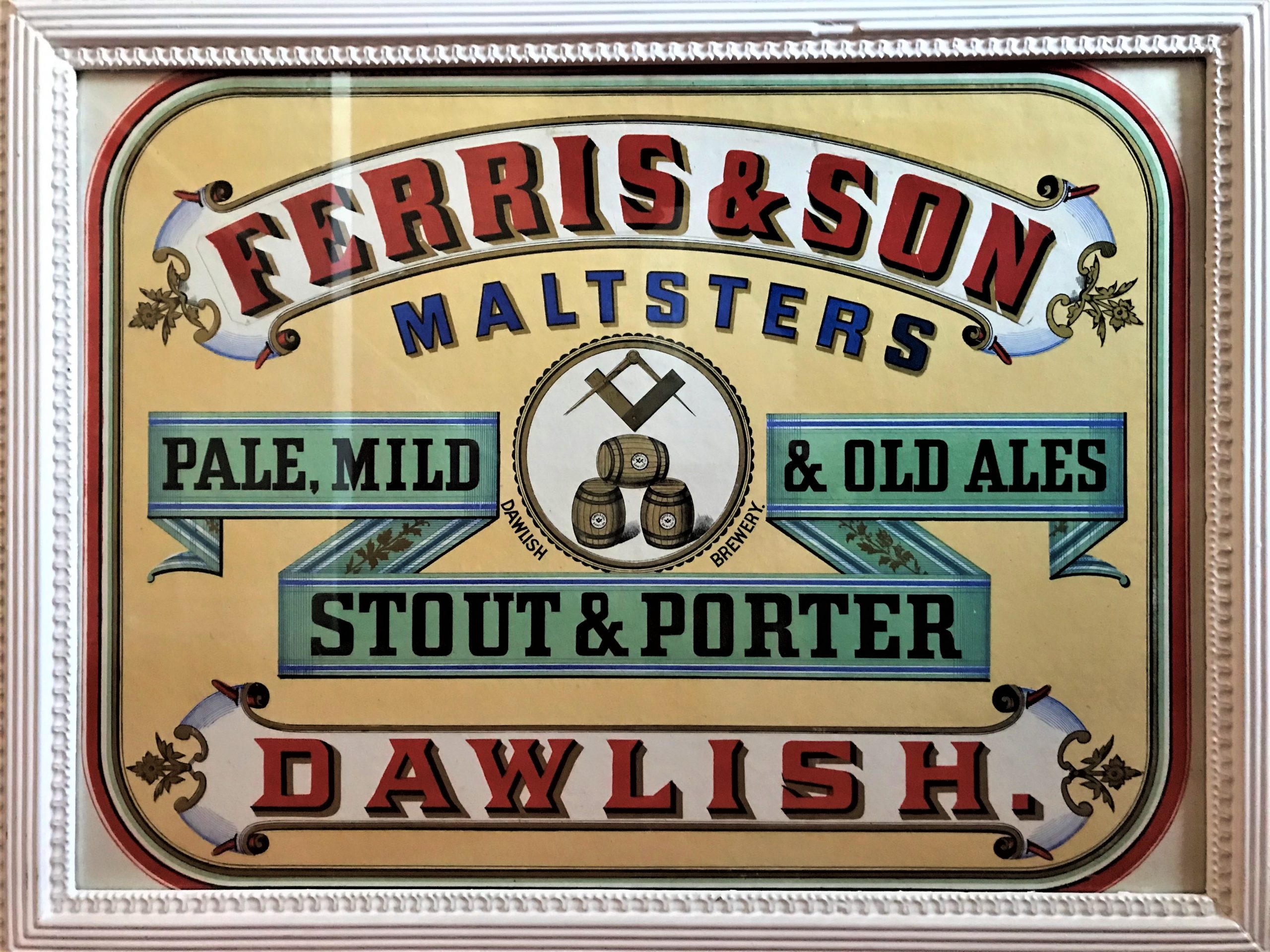 Naturally, the auction was only attended by gentlemen (women weren’t allowed to own property until 1870) and I ended up sitting next to the eventual buyer, a Mr Brock. He nearly didn’t make a final bid, but I managed to persuade him to offer an extra £20, so he ended up paying £1650. This was for the Brewery premises, all the casks and equipment, as well as the Manager’s house in High Street. Thus, I had influenced Dawlish history. Who knows what might have happened if the under bidder, a Mr Hext, had bought the business? During the auction, John Force had been writing each bid down and, afterwards, I realised it was on the back of the auction poster that is now in my possession! A neat touch, I thought!

There was some family connection between Mr Brock and Mr Ferris (who was also at the auction and actually bid early on). Over the next fifty years or so, whenever a public house in Dawlish, Teignmouth, Starcross or the local villages came up for sale, it was usually acquired by the Ferris Brewery. For many years it was the biggest employer in the town. I wonder what their beer tasted like?