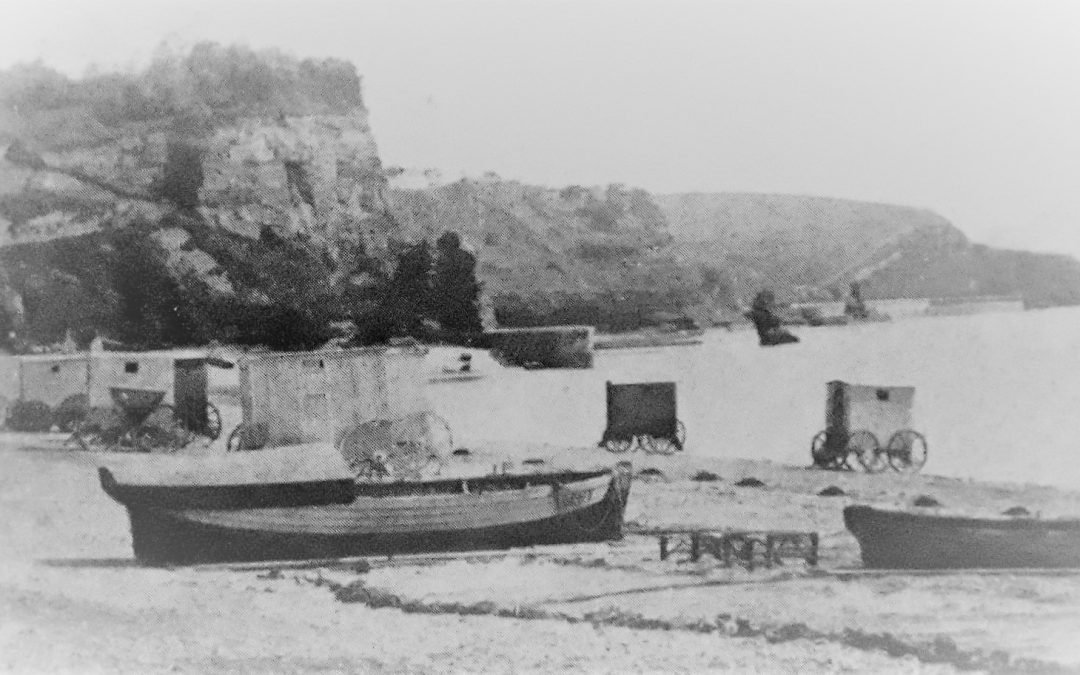 Welcome to my latest musings about the past in Dawlish, which have formed the basis of my second book about the town: Eavesdropper – Dawlish Tales from Long Ago.

For those of you who have been following these blogs, I have now recounted snippets of half a dozen tales – some of them based on fact and some on fiction, but all of them set in the town and, hopefully, helping you to learn a bit more about Dawlish. With each tale, I have tried to imagine life as it would have been at the time it was set.

Up to now, I hadn’t let anyone read the stories. In fact, I didn’t set out to write a book at all: I had just wanted a short story to include in my history book – ‘Dawlish Through the Ages – The Story of a Seaside Town’. I had just let my imagination take over. Each time I finished a story I thought that would be the end of it.

After the tale about the creation of the Lawn, I thought that would be sufficient for a booklet, which I could ask a friend to illustrate and then have a few copies printed for friends and relatives. So it was that I asked a dear friend and artist to read the manuscript I had written. I knew she had written books herself and I wanted her opinion of what I had done so far.

She soon got back to me with some very positive comments but said that I needed to spice it up a bit. Why couldn’t I meet a lady on one of my trips back in time to make it a bit more interesting? Fearing my wife’s reaction if I started to write ’50 Shades of Dawlish’, I started to weave a tale that was already going round in my mind: something that involved fishing (on which Dawlish had relied heavily in the past) and the dangerous fishing trips undertaken by local fishermen to the teeming fishing grounds off the East coast of America in the 17th century.

At the start of my trip, I bump into a young lad called Seth who lived in a little fishing cottage on what is now The Strand just as his dad is going to set sail with several other young men from the village. I gather with the women folk and children on the beach as a small flotilla of sailing ships from Teignmouth comes into the bay to pick up the Dawlish fishermen before setting off across the Atlantic Ocean. 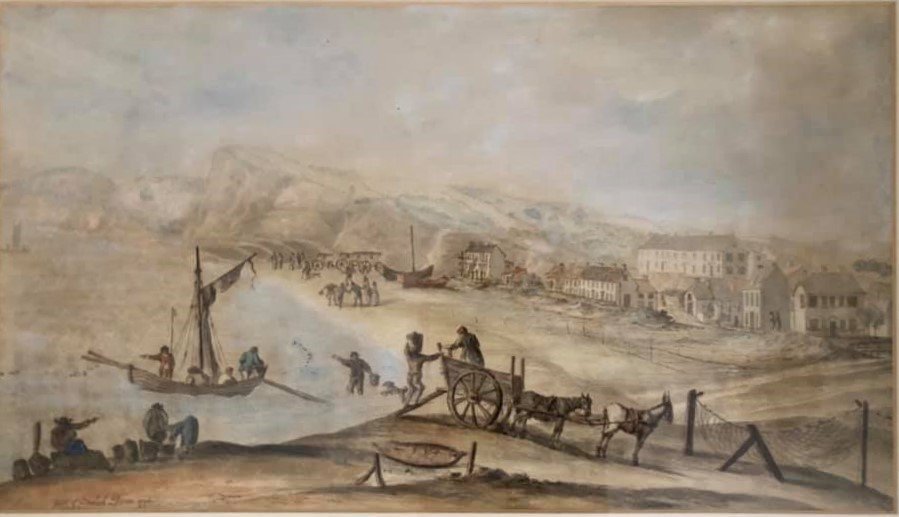 As they sail towards the horizon, I meet Mary, the mother of Seth, and her other children. She asks me back to their cottage for bread and ale. This gives me chance to describe the interior of a fishing cottage and chat with a real local. It is all very chaste, but it enables me to introduce Mary and Seth, whose ancestors become recurring guests in future stories.

The story dwells on the harsh realities of life in the 17th century and the lengths people went to in order to put food on the table. There is also the simplicity of life at the time, with no thought other than to stay alive. There was no expectation of betterment, no formal education and life was cheap. Sailing across the ocean to find food was just another facet of life and staying alive. There was no technology – life was simple, but not straightforward.

In the course of my time with Mary, I find that I have my mobile phone in my pocket and take a few photos to show them technology but, sadly, these have disappeared by the time I return to the 21st century.

Having spent some time with one person from the past, it seemed to open the door to developing stories a bit further. Next time I find myself back in the 19th century attending the auction of the Dawlish Brewery in 1825, where I bump into my ancestor, John Force, who just happened to be the Auctioneer. And, yes, the auction really did take place!