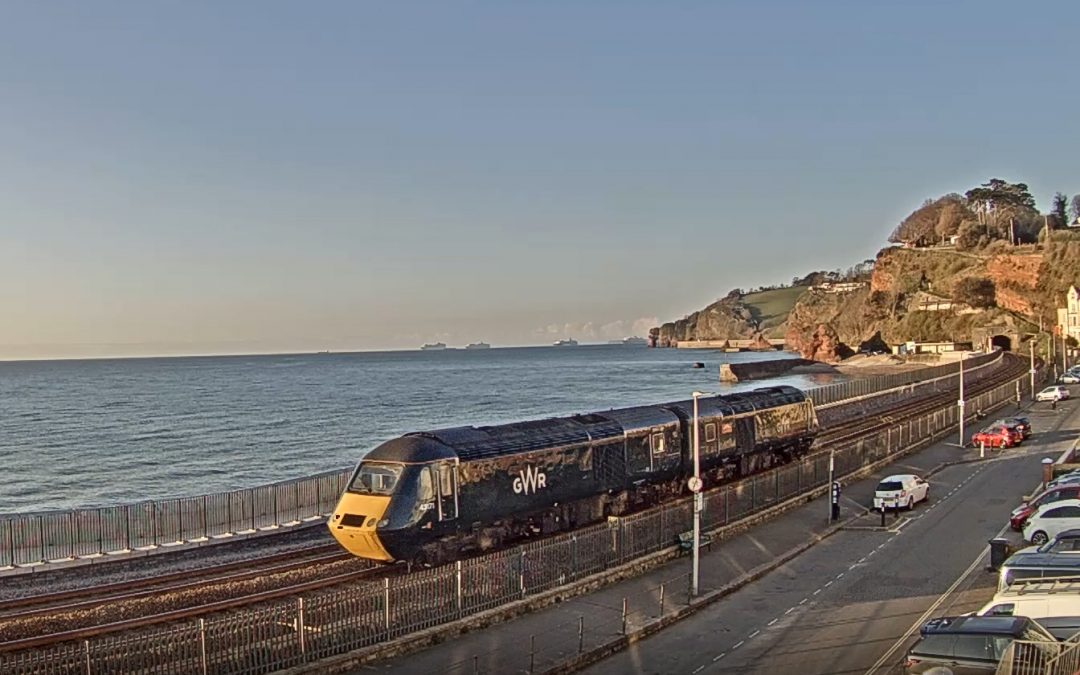 Plenty going on between 6.30pm 14th April and 7.30am on the 15th. The video shows in time order firstly the Thank You Key workers IET 802020 on the rear of 802021 followed by HST Class 255 43170 Chepstow Castle and 43098 Walton Castle. Next along is GBRf 66748 “West Burton 50” for the second day running with another four Powercars and two Mk3 TSO coaches from storage at Long Marston and going to Laira depot. HST numbers 43089,43078, 43086 and 43196. This train is next seen entering Teignmouth station where you can see the end of platform 1 being reclaimed by nature as it is no longer in use, its former length not now needed.The loco made a quick turnaround at Laira and is shown again passing through Teignmouth station as it makes it way back North running light engine as far as Bristol .The video moves on to the next morning with the NR test train returning from Penzance to Exeter Riverside having made a detour from Lostwithiel to Fowey Dock Carne Point en route. Locomotive being 37025 Inverness TMD in retro livery of Rail Blue with Large arrows logo. Finally in the video comes back to back HST powercars 43171 and 43153 Chun Castle which were on their way from Laira to Doncaster to be fitted to the four coaches of new set GW16 and should be returning to Laira next week complete. The cruise ships seen out in the bay are Tui  “Marella Explorer 2”, P&O “Ventura”, Cunard’s “Queen Mary 2” and “Queen Victoria”. 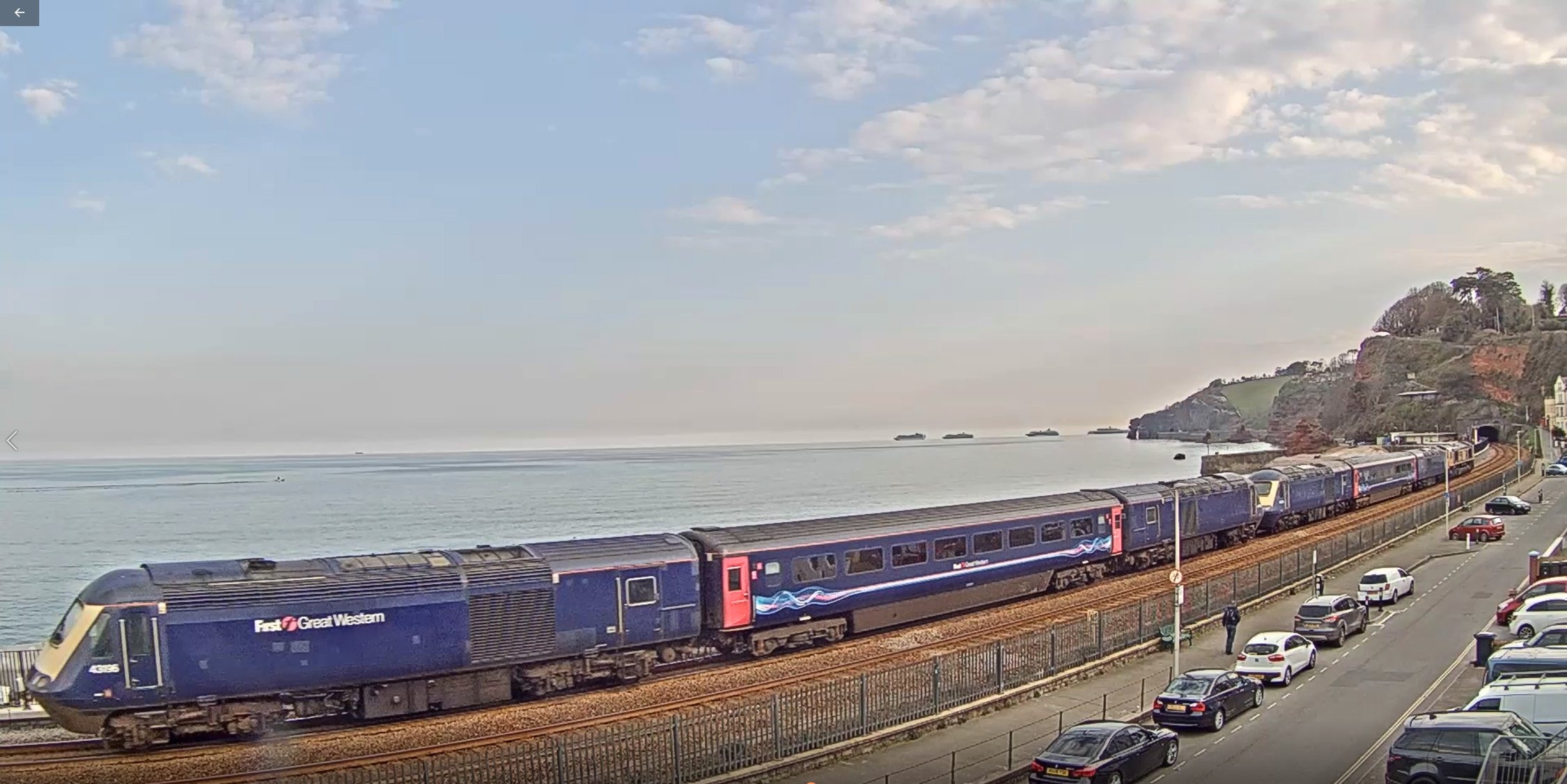