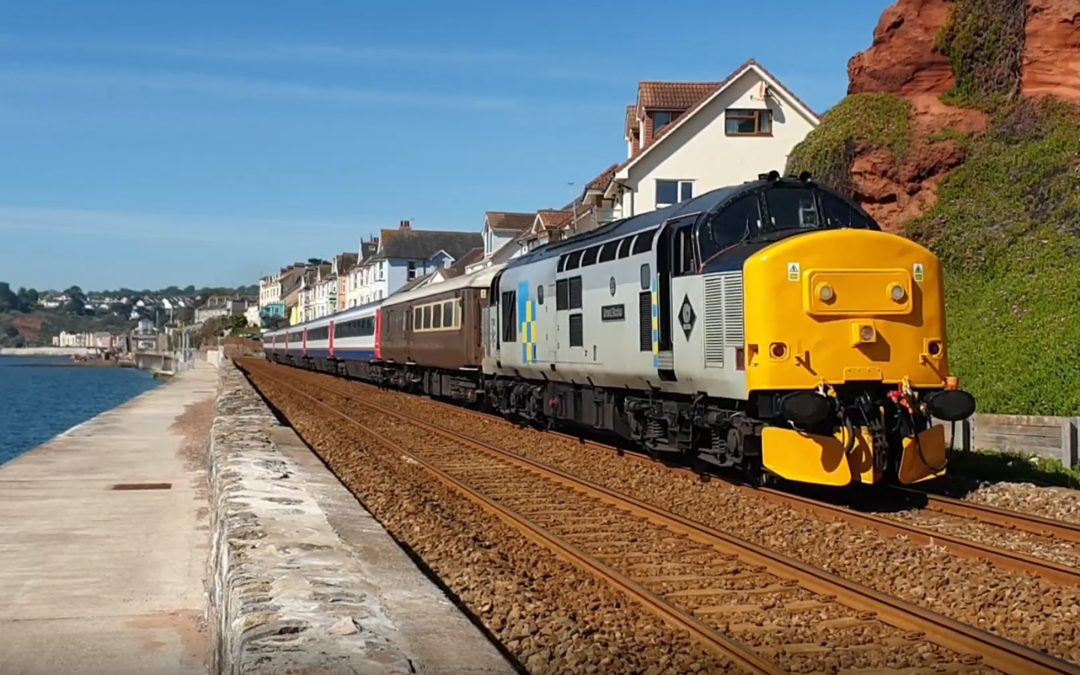 First of all to get it out the way the bad news is that steam train 60163 Tornado’s tour which was due to pass through Dawlish on Saturday 29th has been cancelled. The good news is that the newly formed HST Midland Pullman train’s tour to Penzance and return is still on for this Saturday and should pass through Dawlish at 10.03am and return at 6.43 pm. This is the first of 3 occasions when we will have the opportunity to see this special train this summer. Disappointing as it is that Tornado is not coming this week it has been booked to head the Royal Duchy express on July 11th and on Aug 1st the same express is being powered by LMS 45596 Bahamas which will be the first occasion this loco has visited Devon and Cornwall. Yesterday 26th May 37688 named Great Rocks came down from Crewe to Laira to collect the coaches that it delivered recently to be used in emergency when the IET fleet were grounded, but in the end were not needed. This morning was probably the best this year with blue skies and warm sunshine and with 9 trains passing within half an hour plenty to keep the rail fans happy. The video includes two HST Castle sets 43154 Compton Castle with 43171 and 43160 with 43122 Dunster Castle, the Thank you Key Workers livery IET 802020 and LSL Retro Livery 37688 as they passed along the sea wall. 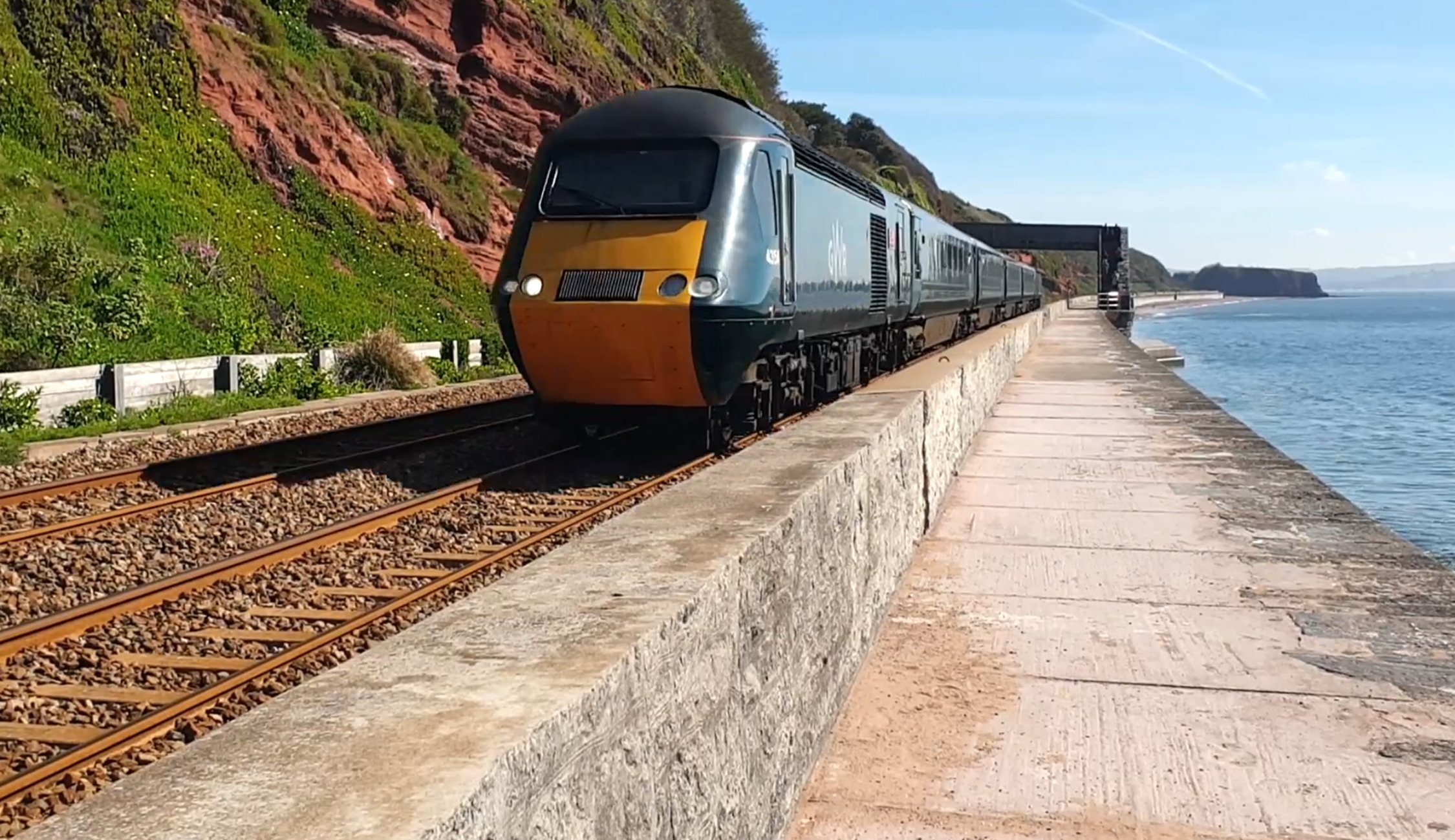