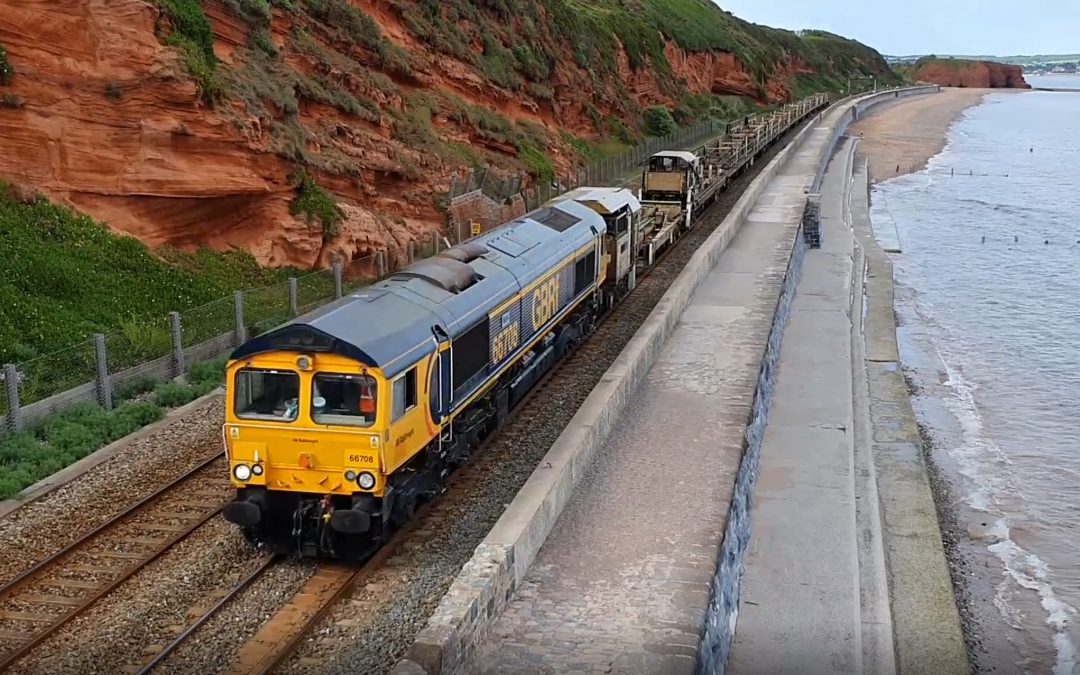 It’s been a busy time along the sea wall with four different types of train. Starting on Monday evening the TRT Track Renewal Train came down from Fairwater Yard at Taunton to replace track in the Dainton area. On Monday its timetable included a stop in Dawlish Warren station to allow an express to pass and Nick recorded it grinding to a halt with only half the lengthy train in view. On Tuesday night he recorded it flying through Teignmouth station. It was powered by the same two Freightliner locomotives all three nights 66561 & 66951 top& tailing the ensemble. Whilst there the Windoff Multi Purpose Vehicle passed through spraying the track with weedkiller. It ran from Exeter Riverside to Gunnislake and return. Wednesday saw the National Rail test train 950001 en route from Bristol to Truro  pass along the wall in the late morning. It returned today after working on the branch line to Falmouth harbour and is returning to it’s base at Derby. Wednesday evening the CWR continuous welded rail train from Westbury to St. Austell passed over the wall much to the delight of railway fans as it was hauled by GBRf 66708 named “Jayne”. The company have a policy of naming some of their employees with their name, in this case Jayne Taylor who is a Roster Clerk .The empty train returned this morning with a very audible warning toot or two as it exited Kennaway Tunnel.  Apologies for the camera getting too excited at the very end of the video! 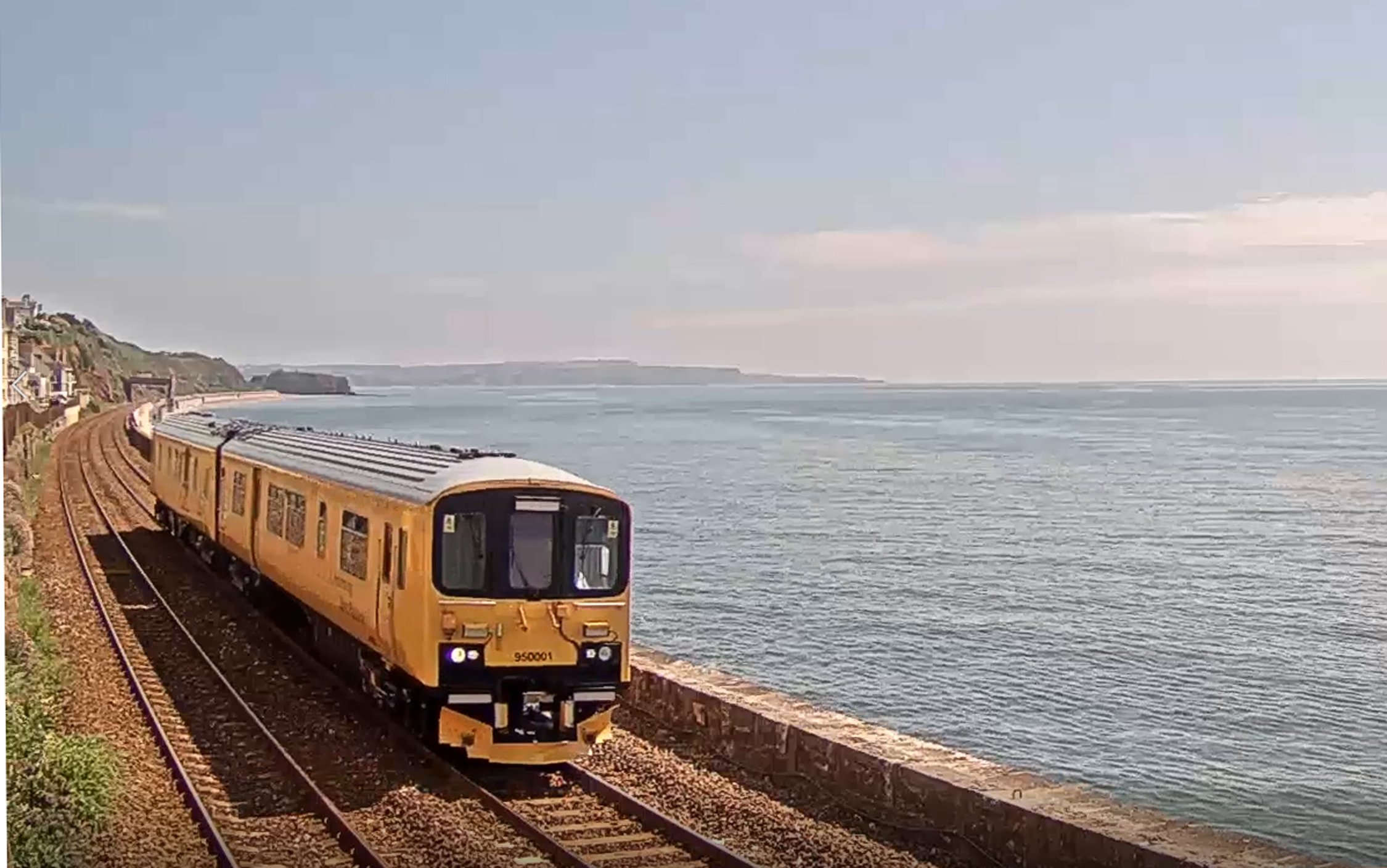 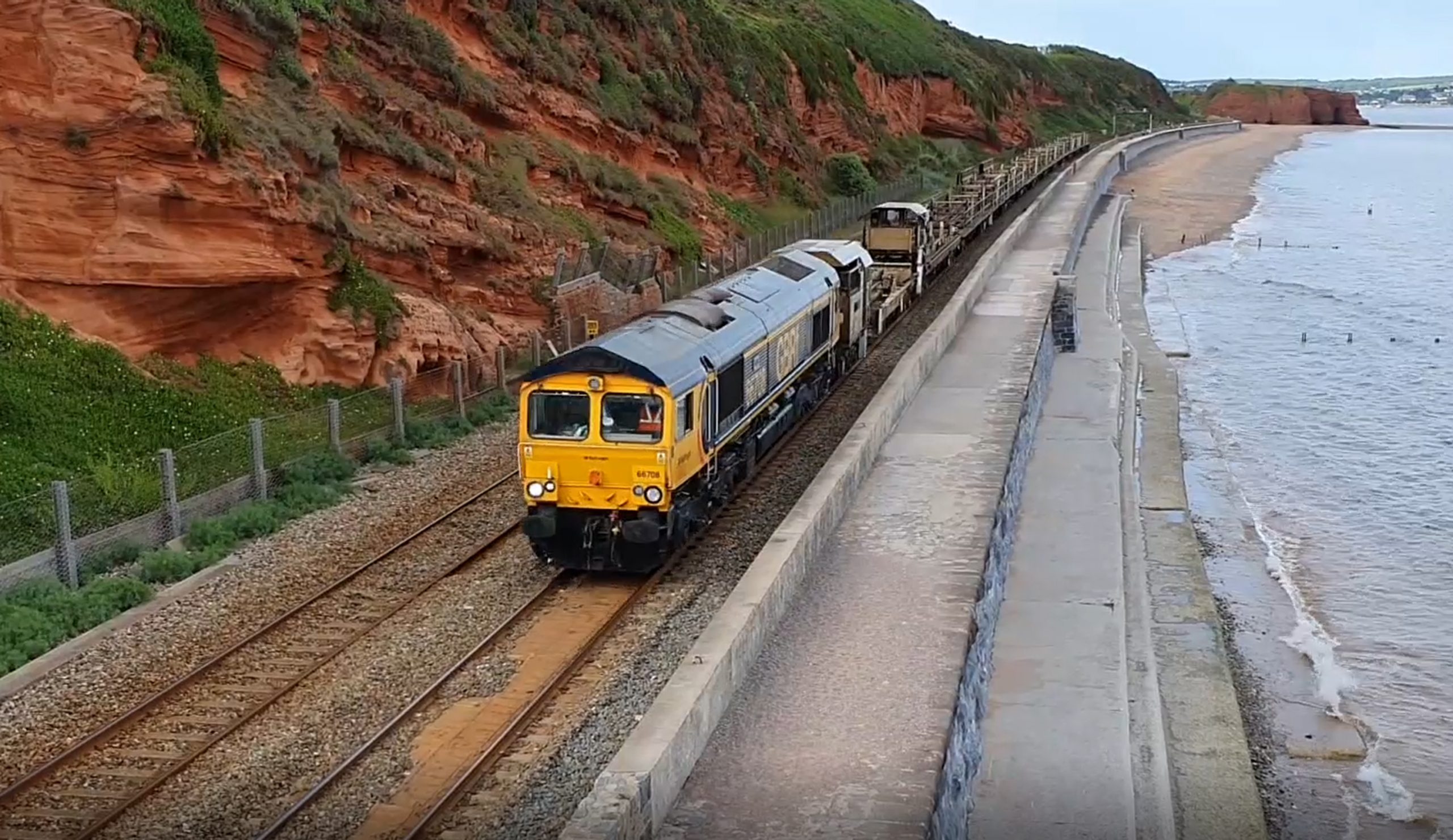