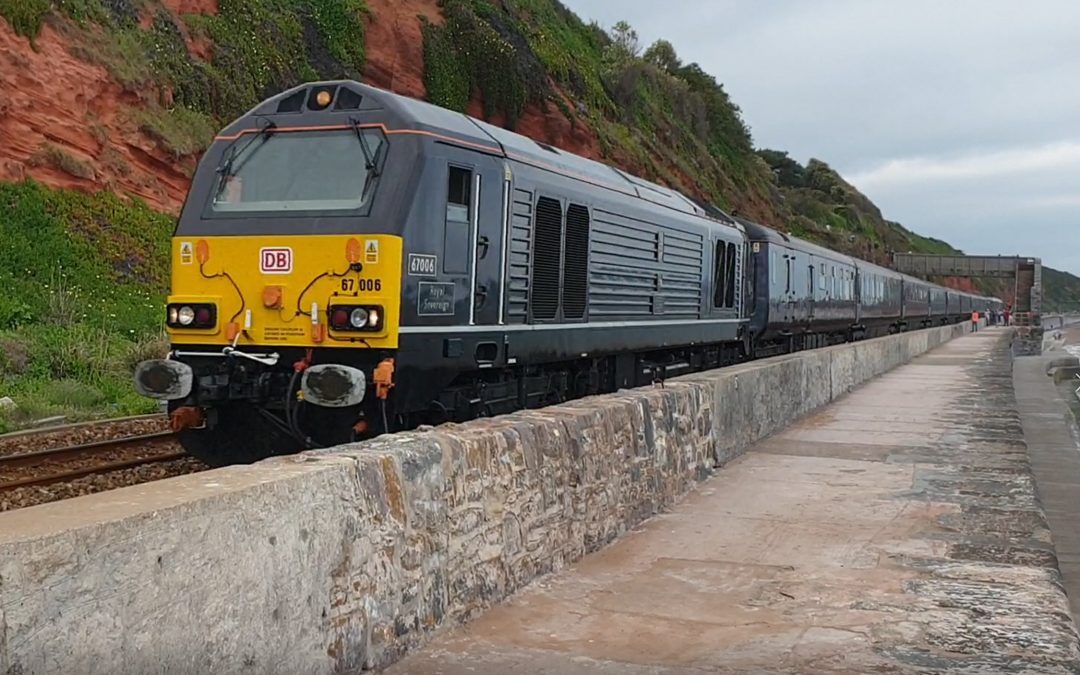 The Royal Train was in use on June 11th to take members of the Royal Family from Windsor to Par in Cornwall to attend the G7 meetings.  On the train were Prince Charles, Camilla and Prince William. The train has been recorded as it passed through Dawlish and Teignmouth a little after 4pm. It returned through the area just before 10pm. The ten coaches of the train were top & tailed by the dedicated locomotives in matching livery to the carriages were 67006 named Royal Sovereign and 67005 named Queen’s Messenger.  The two locomotives when not required for this train are available for normal everyday use.                    The video also shows one of the the National Rail Test Trains with Driver trailer 9703 leading and Colas 37421 providing the power, pushing from the rear as it traverses the Dawlish and then the Teignmouth sea walls as it exits Parsons Tunnel at Holcombe. Next on shows the returning CWR (continuous welded rail) train top & tailed by Colas 66846 and 66848 on their way back to Westbury from Lostwithiel in Cornwall. Lastly are two videos from Nick Campbell who had ventured onto the River Teign on his paddleboard to record the steam hauled English Riviera Express, but for good measure filmed the Cross Country Trains Leeds to Plymouth HST service with 43285 & 43303 with coach set XC 04. This was followed by the GWR Exeter to Penzance HST “Castle Class” consisting of 43156 leading and 43093 “Old Oak Common”, with the Locomotives through the ages vinyls along its bodywork, on the rear end. The coaches were set GW03. 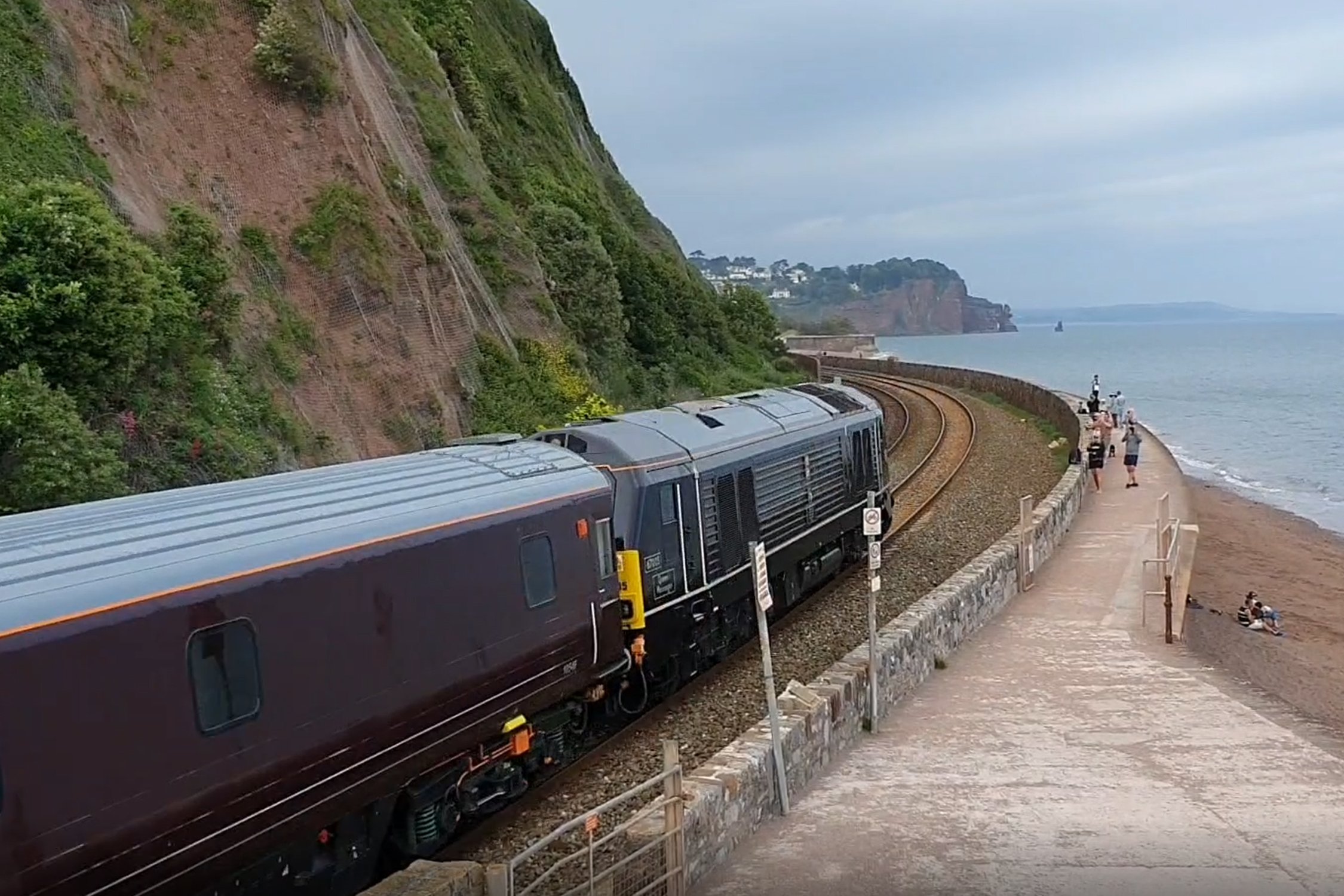 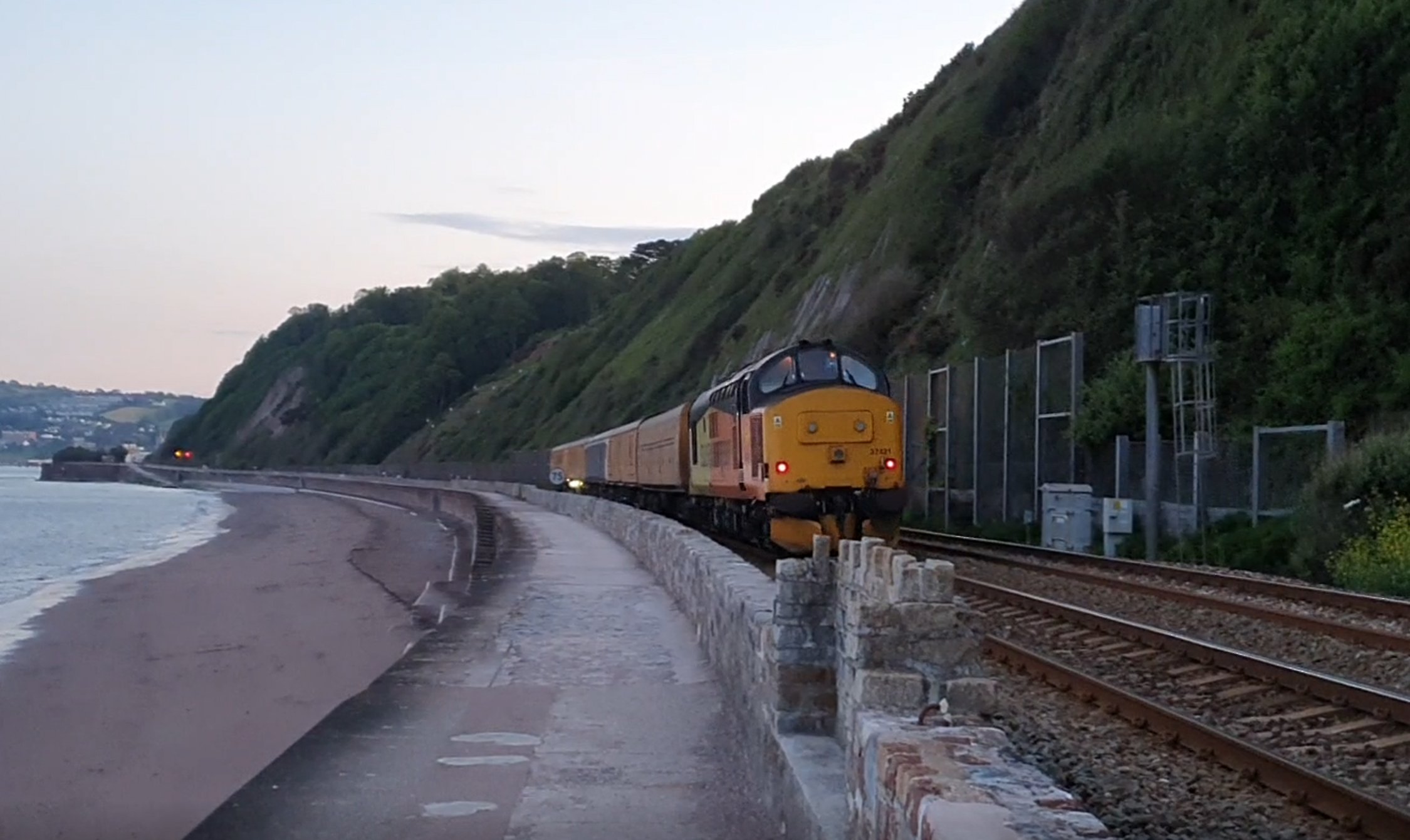 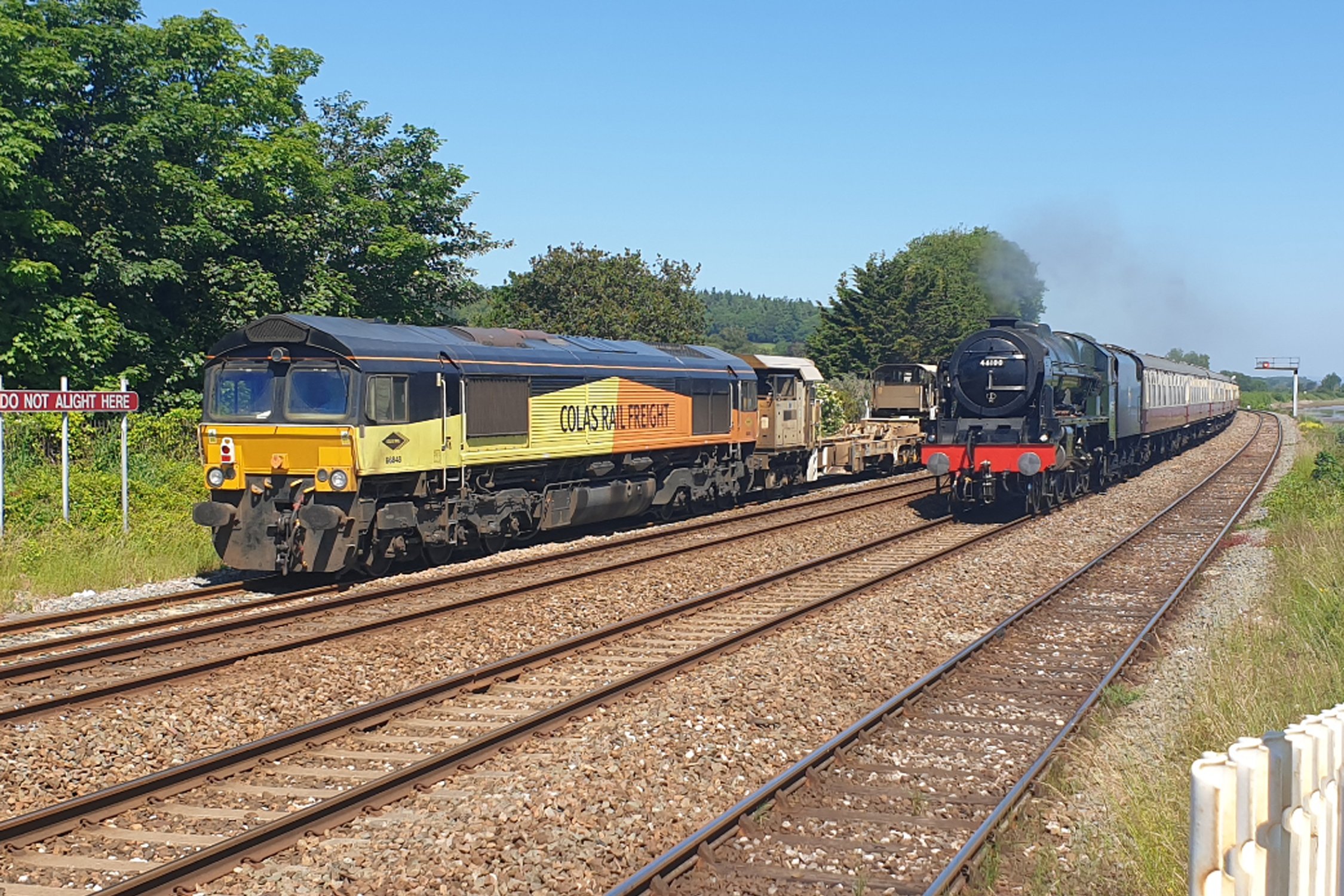 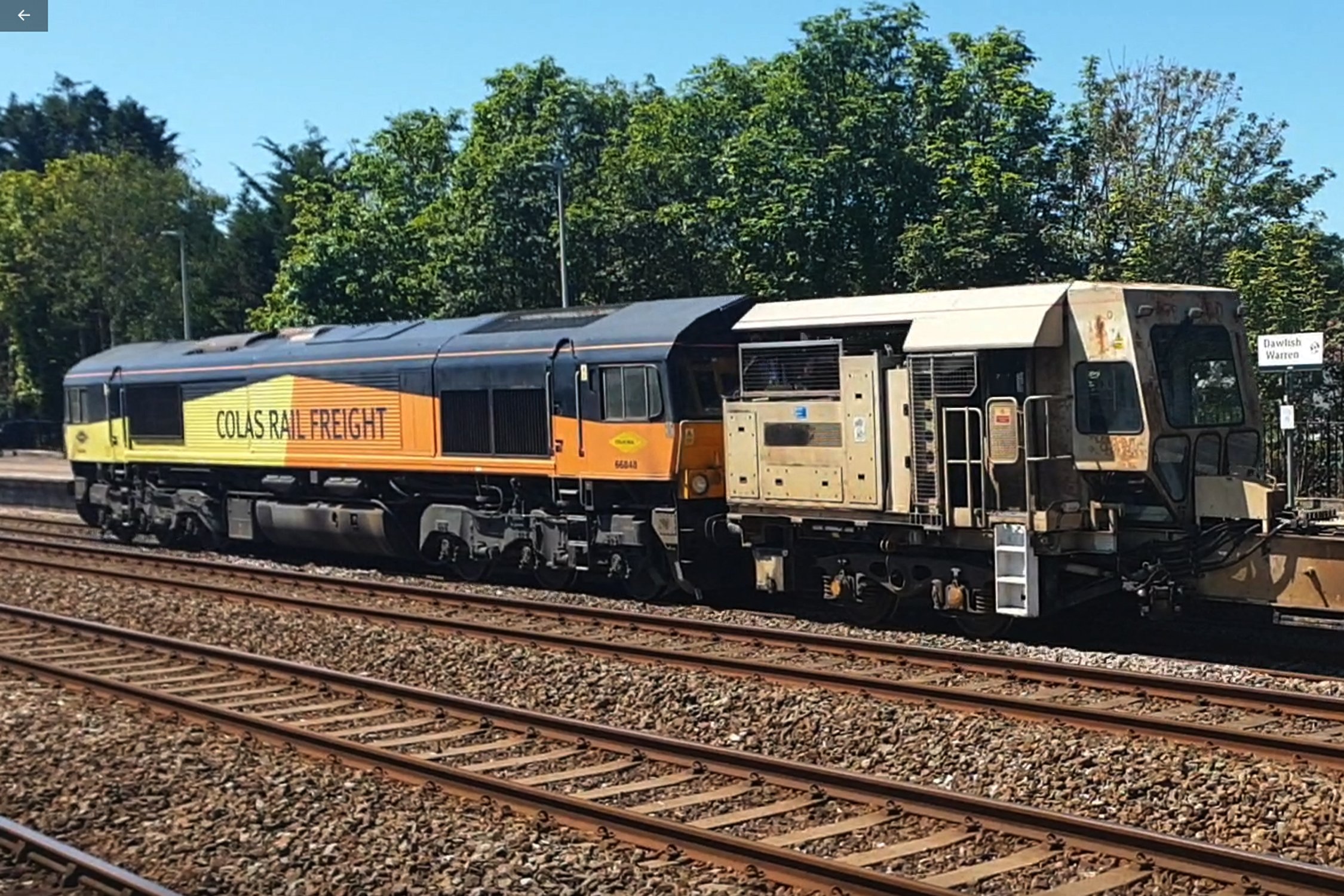