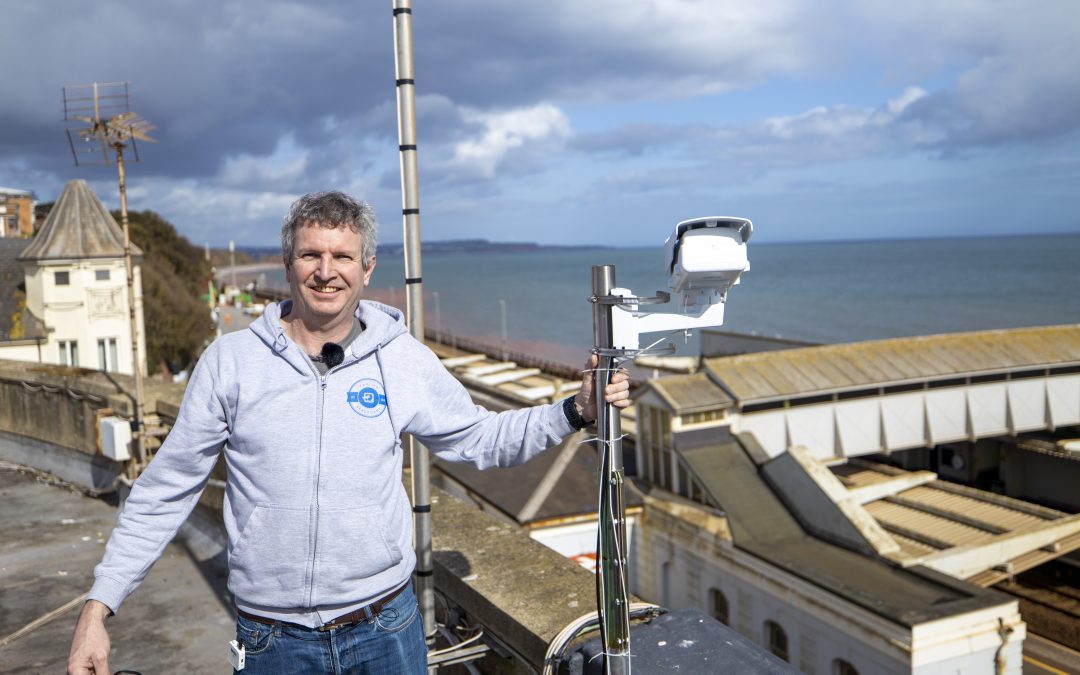 In March of 2021, we installed our first ever 4k live streaming camera, Sea Breeze Cam. After it was installed, I discovered that our standard streaming servers, couldn’t cope with transcoding 4k footage. Transcoding is the process of converting the live stream from the camera to various bit rates so the correct quality of live stream can be delivered to your device.

A 4k live stream is transcoded to the following:

If you are watching one of our cameras on your mobile phone, the system won’t send you the 4k stream as most phones won’t cope with such a bit rate. The server will detect your internet speed and screen size and adjust the quality to match. If you are watching on a 4k monitor or TV, the server will send a 4k stream, as long as your broadband is fast enough. All of this happens automatically for all users without any interruption. You can manually change the quality of your stream by clicking the cog at the bottom right of the player (PC’s and laptops).

Our old servers were not powerful enough and couldn’t transcode a single 4k stream so I made the decision to upgrade the server from a single CPU (4 core) server to a dual CPU (24 core) server. On paper, this is 8 times as powerful!

Since then, we were getting a handful of reports that the live streams were freezing and jumping, something that I could not replicate myself.

For the past few weeks, we’ve been working with our streaming software supplier and we believe that we’ve now fixed the issue. The problem was the huge amount of RAM in the server. The operating system couldn’t cope and when it filled up, it killed the streaming software and the cameras went offline. This has been happening on average every three weeks and would require me to reinstall the whole operating system and Wowza Streaming Engine This took about three hours. This was hugely frustrating for everyone, myself included as the previous servers have worked almost flawlessly since 2015.

Anyway, we currently have two servers running alongside each other (with a different OS) and they seem a lot more stable. Over this bank holiday weekend, we will split the cameras between two servers to balance the load as we have three special trains over the weekend. Over the course on the next week I’ll be moving the streams to the main server and then hopefully we will have a reliable system again.

If you have been experiencing issues with the live streams, please comment below on this post as I’m relaying all information to the streaming consultants.

Thank you for your patience during the past few months. A lot of us have been scratching our heads as to the course of the problem but hopefully, we can all enjoy the high-quality streams again.

Our next upgrade is an additional broadband connection at Sea Breeze. Black Swan Cam and Sea Breeze cam are both sharing the same connection. With second broadband for Sea Breeze, the 4k stream will be even better than it is now.

We also plan to upgrade the Blenheim to 4k too in the near future.