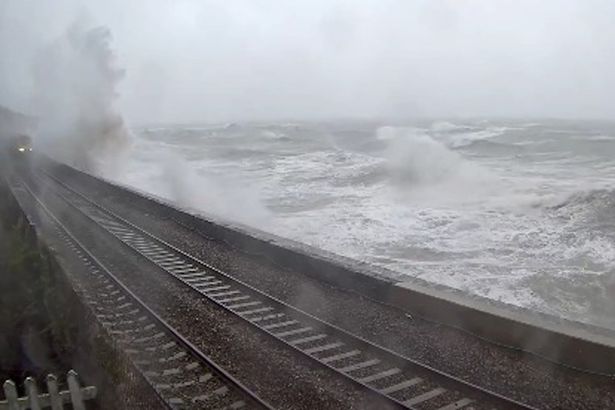 This is the dramatic moment the sixth storm to batter the UK in two months makes its mark on a train in the south-east of England.

In this footage, shot by a webcam situated on the Dawlish Beach Coastal train route in Devon, storm Frank shows it means business.

With waves swirling at more than 20ft, this First Great Western driver, trundles along the tracks as the fierce ocean swells, the howling winds and white-capped waves threaten to cause mayhem to the journey.

And this is not the first time this area has succumbed to mother nature after a February 2014 storm mangled the track leaving commuters in misery for months.

← Mirror – Is this an ALIEN crash landing off the Devon coast? UFO beach footage sparks out of this world speculation Plymouth Herald – Pictures show why Plymouth’s rail link is being cut off for two weekends →