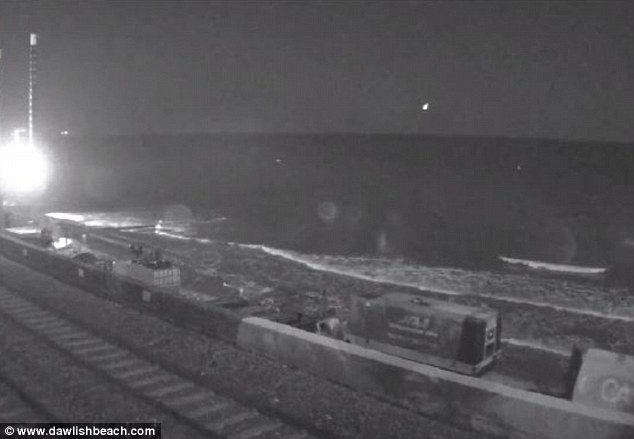 Watch the moment a ‘meteor’ is caught on a fixed camera at Dawlish Beach, Devon

Footage shows a glowing object – described as a meteor – streaking through the night sky before appearing to burn up or land in the sea in Devon.

The video was shot from a fixed camera at Dawlish Beach, Devon, UK early on Wednesday morning.

The operator of the fixed camera later wrote online: “What was caught on camera the other night? Was it a bird or a plane, maybe even superman”.

The video was caught by a camera that overlooks the Dawlish railway line – which was destroyed by storms one year ago this week.

On the day before the video was captured, York residents also reported also seeing a ball of fire “falling out of the sky” – according to local media. In June 2014 a ‘green fireball meteor’ was caught on camera by an observatory in the same Devon area.